Dallara has been confirmed as the designer and developer of the next generation Indy Lights chassis, which is scheduled to be rolled out in 2015.

The design, which will be designated the Dallara IL-15, was selected from three proposals.

Dan Andersen, owner and CEO of Andersen Promotions, which runs the Lights category, said that Dallara's proposal was chosen for its ability to be contemporary, safe, cost-effective, and capable of achieving a speed of 200mph.

"After a lengthy bidding process and three strong proposals from the finalists, we are delighted to confirm Dallara as our chassis partner for the foreseeable future," said Andersen.

"We are pleased with the final pricing structure and the various discounts provided by Dallara, and believe our teams and drivers will get excellent value and a terrific race car."

The deal provides for an 'early bird special', with teams that contest the 2014 championship or place a chassis order by March 15 of next year getting a reduced rate. Dallara will also hold an annual 'January sale' on parts to allow teams to stock up at lower prices.

In addition to developing the chassis, Dallara will also provide a $25,000 prize to the Indy Lights champion.

The Italian company will develop and manufacture the IL-15 at its facility in Indianapolis, with testing scheduled to begin in August with a yet-to-be named IndyCar driver. 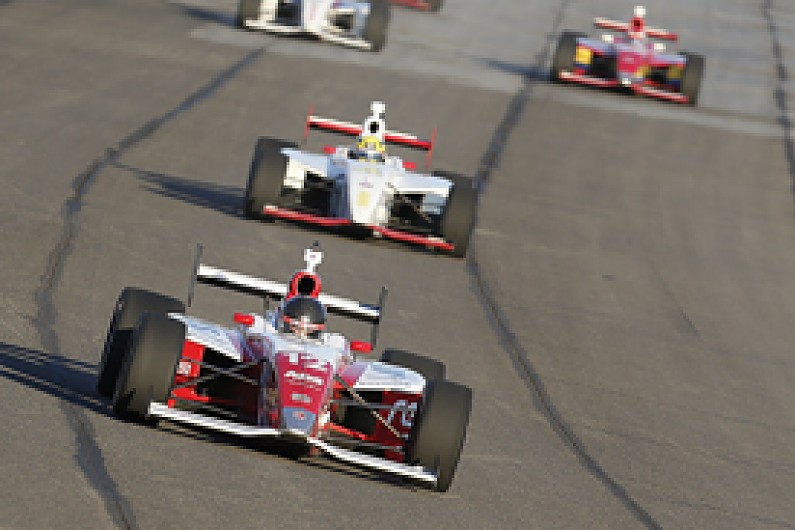 Confirmation of the chassis manufacturer for the next Lights car follows the earlier news that Cooper will replace Firestone as both the series tyre supplier and as a promotional partner through to 2018.

The current car, which was also manufactured by Dallara, has been in service since 2002, and some updates will be applied for next year ahead of the full rollout of the new package in 2015.

"Our goal is to rebuild, rebrand and re-buzz Indy Lights,"said Andersen. "The series has been stagnant for a while.

"So far, I think we are on the right track. We have a temporary but goal-reaching plan in place for next season with an updated car, and I am thrilled with what we will be able to offer drivers in 2015."