United Autosports LMP2 driver Will Owen has expressed his frustration with Rene Rast's 'aggressive' driving that led to their mutually-damaging contact at the start of the Le Mans 24 Hours.

The #22 United ORECA-Gibson 07 shared by Owen and his full-time World Endurance Championship team-mates Filipe Albuquerque and Phil Hanson ended up in the gravel at the first corner after a three-way collision involving the WRT machines of Rene Rast and Ferdinand Habsburg.

Second-place starter Owen was positioned in-between poleman Rast to his right and the fast-starting Habsburg on his left as the field approached the Dunlop Chicane for the first time when Rast suddenly moved to the left, nerfing Owen into Habsburg.

Owen's car was stranded in the gravel and had to be craned back onto the track, albeit making it back to the pits with relatively little damage once recovered, while Habsburg had to limp back with a puncture.

Rast was handed a one-minute stop-and-go penalty aboard the #31 WRT machine he shares with Sean Gelael and Robin Frijns.

"I was almost alongside Rast, I started a bit further back, but I had a decent start and I was there right next to him," recalled Owen.

"I saw the blue car [Habsburg] in my mirror moving to the left, I was aware he had a run, but I was managing the gap.

"And then suddenly Rast comes and turns left aggressively, something you would never do in a straight line. I mean, that’s how you cause accidents, honestly.

"I couldn’t react fast enough before I hit the blue car and I was in the gravel. It took five, six minutes to get the car unstuck.

"The race isn’t done, but it was quite a setback, put it that way." 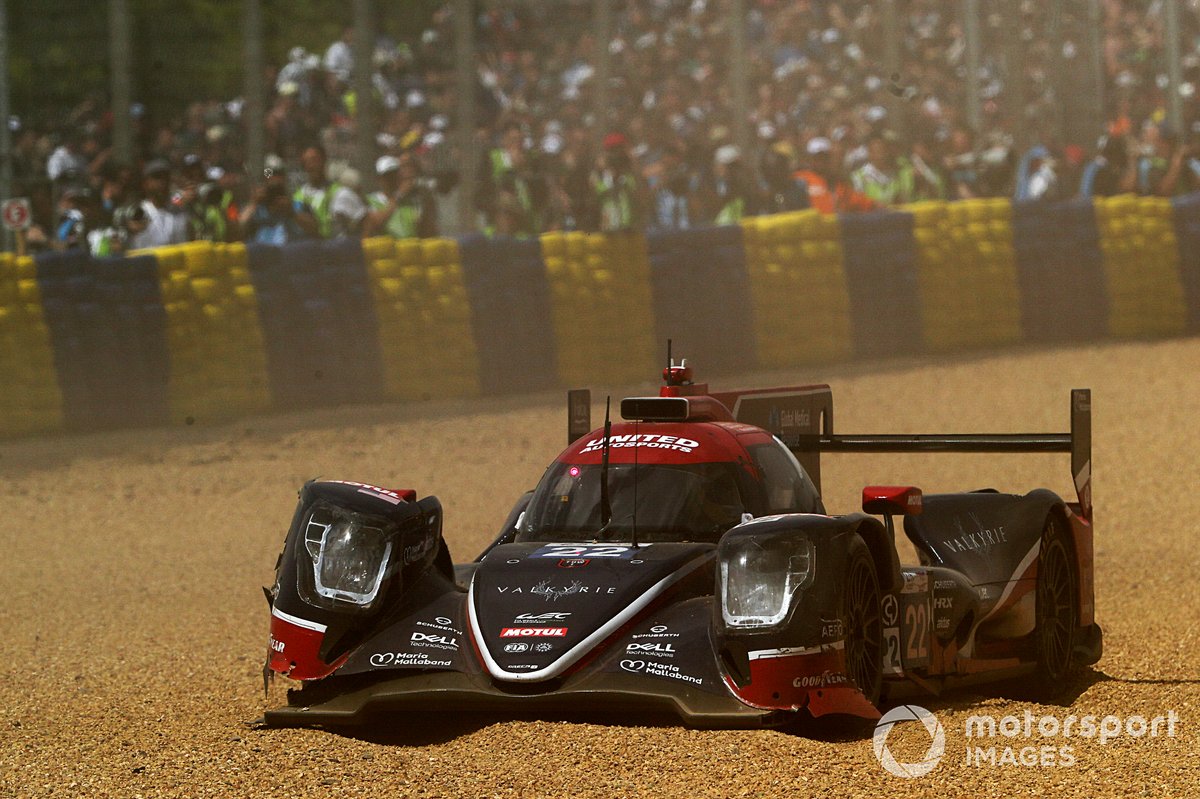 At the six-hour mark, the #22 United car was running 15th in class with Hanson at the wheel, two laps off the class lead.

"We’re fast enough to do something, if we get lucky we can still have a decent result."

The Realteam by WRT car shared by Habsburg, Norman Nato and Rui Andrade ran one place ahead of the #22 car at one-quarter distance.

Habsburg recalled of the incident: "I had a bit of a slow start behind the United, and they backed off just before the [start/finish] line, which meant I could catch up again.

"I was able to pull up alongside on the left [with] the United, and my sister car driven by Rene Rast didn’t know that there was a car to the left of him.

"He turned left and crashed into the United, which I nearly got away with but the United just clipped me on the rear as the United went off.

"I got a puncture and a damaged rear end. A really, really terrible start, but we are quick, so we’ll keep trying."