After electing not to contest ovals during his first season racing in IndyCar last year, Jimmie Johnson has pledged his commitment to the full season in 2022 - including the Indianapolis 500. Autosport asked the last NASCAR champion to take on the challenge, Kurt Busch, to explain what Johnson can expect

Following his test of a Formula 1 McLaren in the autumn of 2018, Jimmie Johnson wasn’t reticent regarding his post-NASCAR career. No plans were in place but he said he wanted to try out IndyCars – on road courses specifically – and he wanted to return to sports-prototypes, where he had impressed in occasional forays in the Grand-Am series.

In 2020, those sparks of desire were fanned into flames and it came to pass that the seven-time NASCAR Cup champion ran all road and street course races in the 2021 IndyCar season driving a Chip Ganassi Racing Dallara-Honda.

After more than two decades in stock cars, and with the number of IndyCar test days so heavily restricted in this era, it was hardly a surprise to see Johnson having to do much of his basic learning during official practice sessions. But, as the season went on, he appeared more confident, and at Portland he drove like he’d been racing open-wheel cars all his life. No, he wasn’t a pacesetter, but he looked like he belonged in the series. Finished on the lead lap, too.

Nevertheless, by foregoing ovals – for reasons of safety – it appeared that Johnson had shelved his best chances of success. His IndyCar oval test in Texas in August, and his Indy 500 Rookie Orientation Program in October suggested he might be thinking along similar lines – that it was time to commit to a full season.

“I’m as close as I’ve ever been,” he said. “The racer in me is taking a real serious look at this, but I still need to sit down and have that conversation at home.”

To no one’s great surprise, Johnson has now committed to all 17 rounds in the #48 Ganassi entry, so that – assuming he completes his Indy ROP and then qualifies – the 106th running of the Indianapolis 500 will be his second ever oval race in an IndyCar, after the unusually early Texas round. 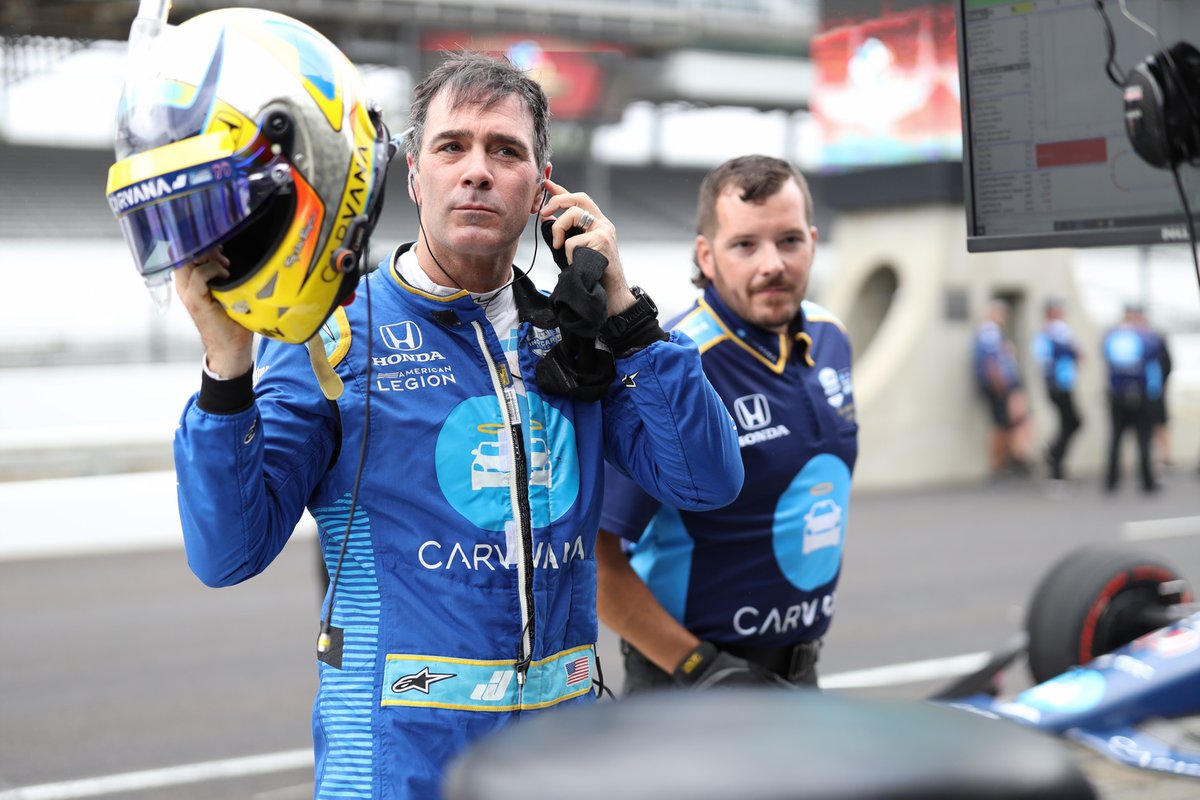 What hurdles will JJ face? Autosport put this question to the last NASCAR champion to tackle the 500, Kurt Busch, who at the age of 35 in 2014 impressed everyone by racing his Andretti Autosport car to sixth place overall and Rookie of the Year honours.

“The biggest shock for me – and it felt like a rookie hazing by the other drivers – came at the drop of the green flag on race day,” Busch chuckles. “It was like they were trying to intimidate me, going three wide down into Turn 1, 11 rows deep. I qualified 12th, took it nice and easy at the start and by the time I got to the back straightaway I was about 20th!

“The Month of May is a unique experience. The long practice sessions, the teamwork, the build-up, the pageantry… there’s nothing like it. I’ve been privileged to race in the Daytona 500 for over two decades and it’s pretty special but Indy is a unique place and the 500 is a one-of-a-kind event.

“Jimmie’s experience with a full year of road courses in an IndyCar will mean the comfort level is high for him. That’s why I think he was ready to go oval racing, and I believe he’ll be fantastic. He’ll jump in and feel the old memories of running and winning there in the Brickyard 400. He knows the track, he knows ovals in general, and now he knows an IndyCar much better than he did a year ago.”

"There’s still a lot for Jimmie to learn. For example, the draft feels like it’s multiplied by 10 when you compare an IndyCar with a stock car at Indy. He’s got to look at wing angles, wind direction, and so on" Kurt Busch

In 2014 Busch had a nasty-looking crash at Turn 2 during Monday practice after qualifying, for which his engineer Craig Hampson assumed blame, saying he made the car too loose given Busch’s level of (in)experience. At the age of 46, would Johnson be able to bounce back from a potentially confidence-sapping event such as that?

“Well, for one thing, Craig shouldn’t take the blame for my crash,” insists Busch. “The lap before that, the car wiggled out of Turn 1 and I thought, ‘Ooo, you’re starting to reach the limits and you can control it, or our car has too much oversteer…’ Well, you saw what happened.

“Truth is, I should have pulled in at the end of the previous lap, but I was so eager to learn about the draft, and both Craig and I were relying on my general racing experience even though we both knew I was an IndyCar rookie. 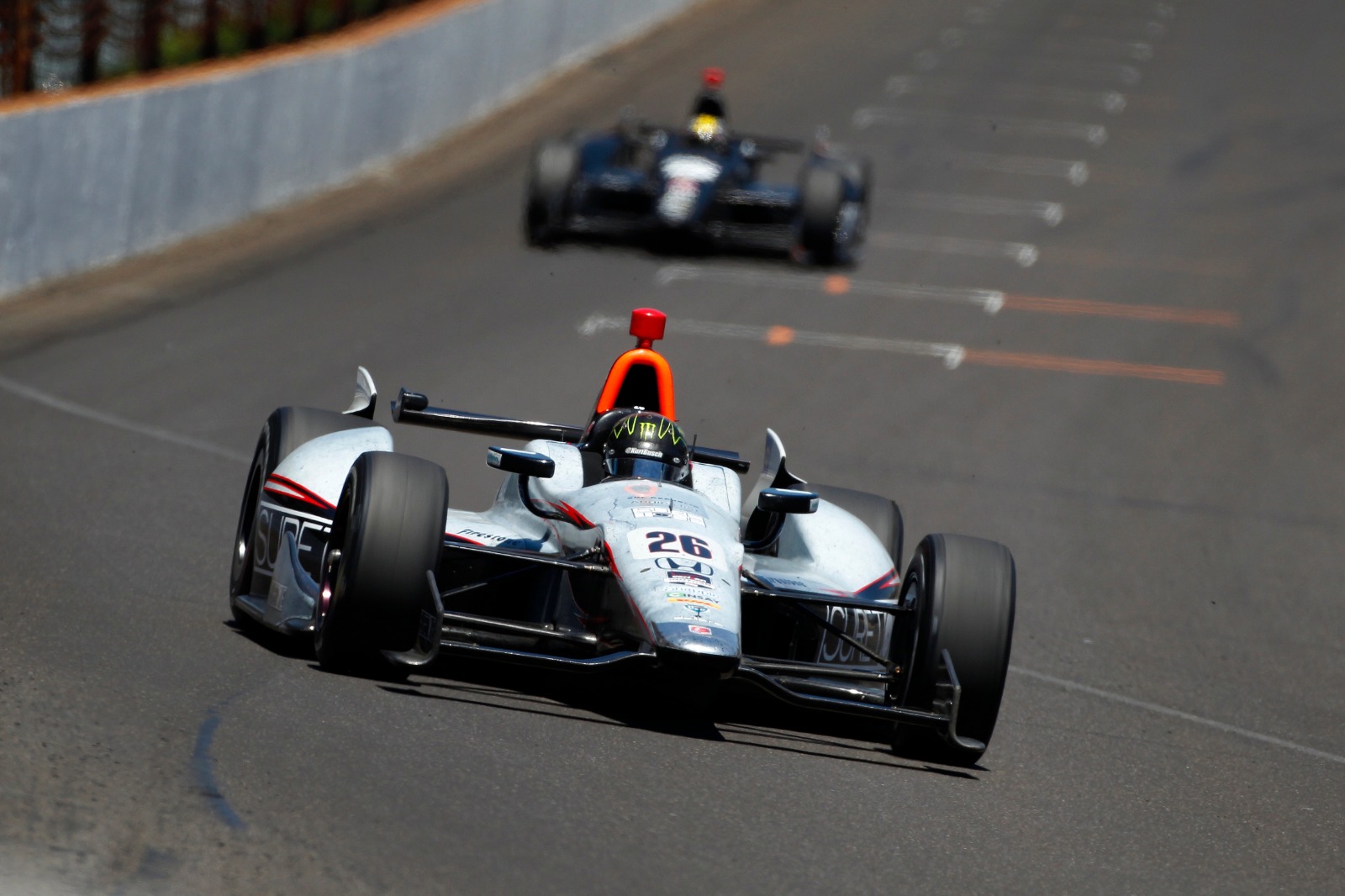 Johnson will follow in the footsteps of 2004 champion Busch, who finished an excellent sixth in his only IndyCar race to date

“That’s a judgement call that Jimmie and his engineer will have to make next May. Jimmie will have to be humble and open to the idea of being a rookie again… But I’d say in my case, the wreck was a good lesson, because if I hadn’t made that mistake in practice, I’d have done it early in the race instead, and it would’ve been a disaster.

“Obviously, there’s still a lot for Jimmie to learn. For example, the draft feels like it’s multiplied by 10 when you compare an IndyCar with a stock car at Indy. He’s got to look at wing angles, wind direction, and so on. But he’s smart, he can look at the data from the other drivers on his team, and he can get advice from all the motorsport fraternity. They’re all your best friend until the green flag drops.

“Honestly, I think he’s got the chance to do a really great job.” 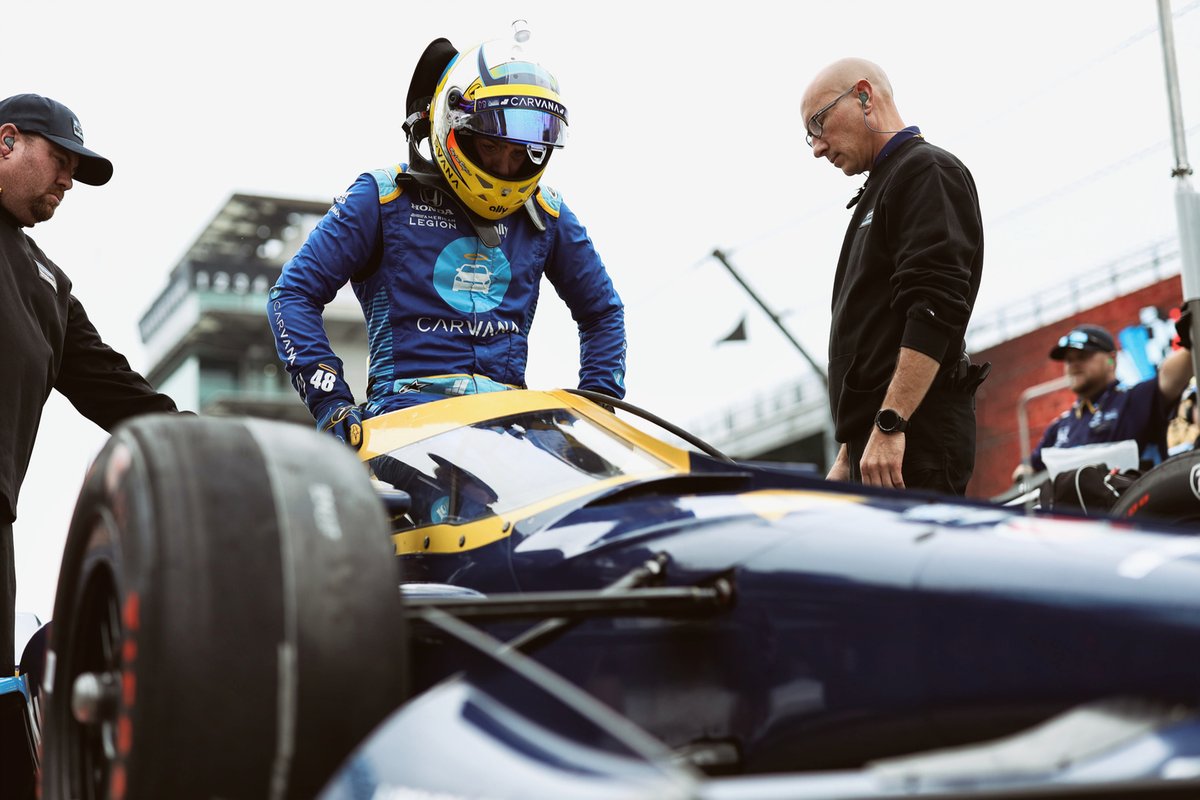