Pagenaud, who joined MSR from Team Penske during the off-season, lapped at 223.087mph to edge Rosenqvist's 222.878mph effort.

Fresh from being announced as part of the McLaren Formula 1 team's testing lineup, Andretti Autosport driver Colton Herta was third-fastest while oval racing rookie Callum Ilott was a remarkable fourth-quickest for Juncos-Holinger Racing with the aid of a tow.

There was a very early yellow when Indy Lights graduate David Malukas’ Dale Coyne Racing with RWR machine was slow on track and trickled into pitlane, but action swiftly resumed. However, 10 minutes into the session, IndyCar oval debutant Jimmie Johnson’s Chip Ganassi Racing came down onto the apron with his engine off, briefly causing a second yellow.

Pagenaud set the early pace around the 1.5-mile oval, with his 16th tour of 46 proving the fastest of the session.

Rosenqvist’s seventh lap of 41 would remain the closest Pagenaud would come to a challenge, although St. Petersburg winner Scott McLaughlin (Team Penske) and Rosenqvist’s team-mate Pato O’Ward were also swiftly into the 222mph bracket.

With 18 minutes remaining, Herta moved up to third, albeit with the aid of a tow.

Ganassi’s six-time IndyCar champion and five-time Texas winner Scott Dixon then also moved into the 222mph bracket to set the fifth-fastest time, before Ilott grabbed fourth spot on his 41st of 43 laps to usurp McLaughlin, Dixon and 2021 Texas winner O’Ward. 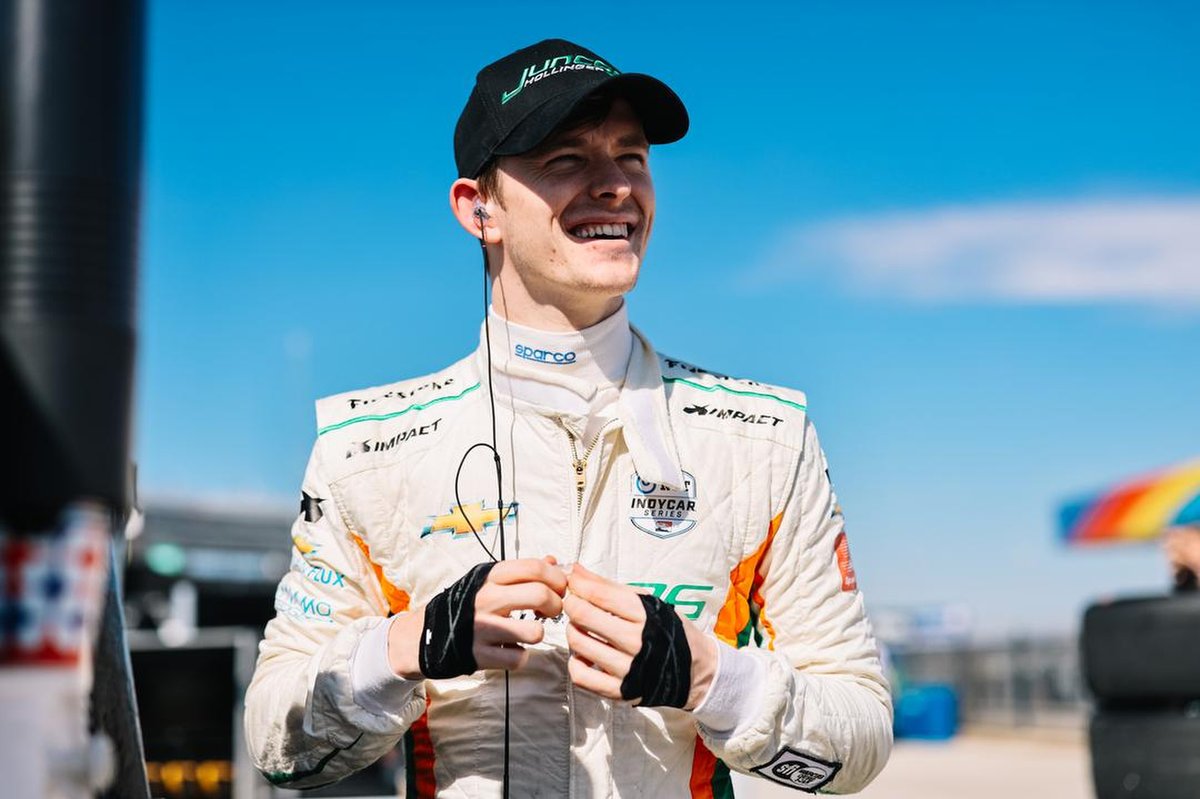 Marcus Ericsson and reigning IndyCar champion Alex Palou ensured there were three Ganassi cars in the top 10, the pair split by another Texas newcomer in Romain Grosjean (Andretti Autosport).

While rookie Kyle Kirkwood was 15th in the lead AJ Foyt Racing entry, just ahead of Pagenaud's team-mate Helio Castroneves, the other two Foyt cars were left to bring up the 27-car field.

Qualifying begins at 1:00pm local time, before IndyCar's additional practice session organised to open up a second lane around the track that is hoped to improve passing opportunities.