Felix Rosenqvist doesn’t expect this first IndyCar victory of the year will alter McLaren CEO Zak Brown’s plans of how to arrange his burgeoning driver roster.

Just a couple of weeks after finishing a strong third in Toronto, Rosenqvist scored a highly convincing pole on the Indianapolis Motor Speedway road course, and only a mechanical issue prevented the Arrow McLaren SP driver from contending for victory.

However, although signed by McLaren for 2023, the 30-year-old Swede has not yet been informed in which series he’ll be competing.

While McLaren is expanding the Arrow McLaren SP IndyCar team from two to three full-time entries next year, and has signed incumbent Pato O’Ward and current Andretti Autosport driver Alexander Rossi, the occupant of the third seat has not yet been defined.

McLaren has signed defending IndyCar champion Alex Palou and, while the latter’s ambition is to be in Formula 1, until a vacancy becomes available he is one of the obvious choices for the third AMSP ride.

Should he lose his IndyCar seat, Rosenqvist is hotly tipped for a return to Formula E with McLaren’s new team.

After his podium in Canada, Rosenqvist said: “I hope this weekend makes Zak doubt some things.” Asked on Tuesday, in light of his IMS pole, whether he was continuing to achieve this ambition, Rosenqvist made reference to Palou now being in a contractual battle with Ganassi in order to join McLaren, and Brown also being rumoured to have signed 2021 Formula 2 champion Oscar Piastri.

Piastri was announced as an Alpine F1 driver for 2023, but the Australian denied that he had signed a deal. 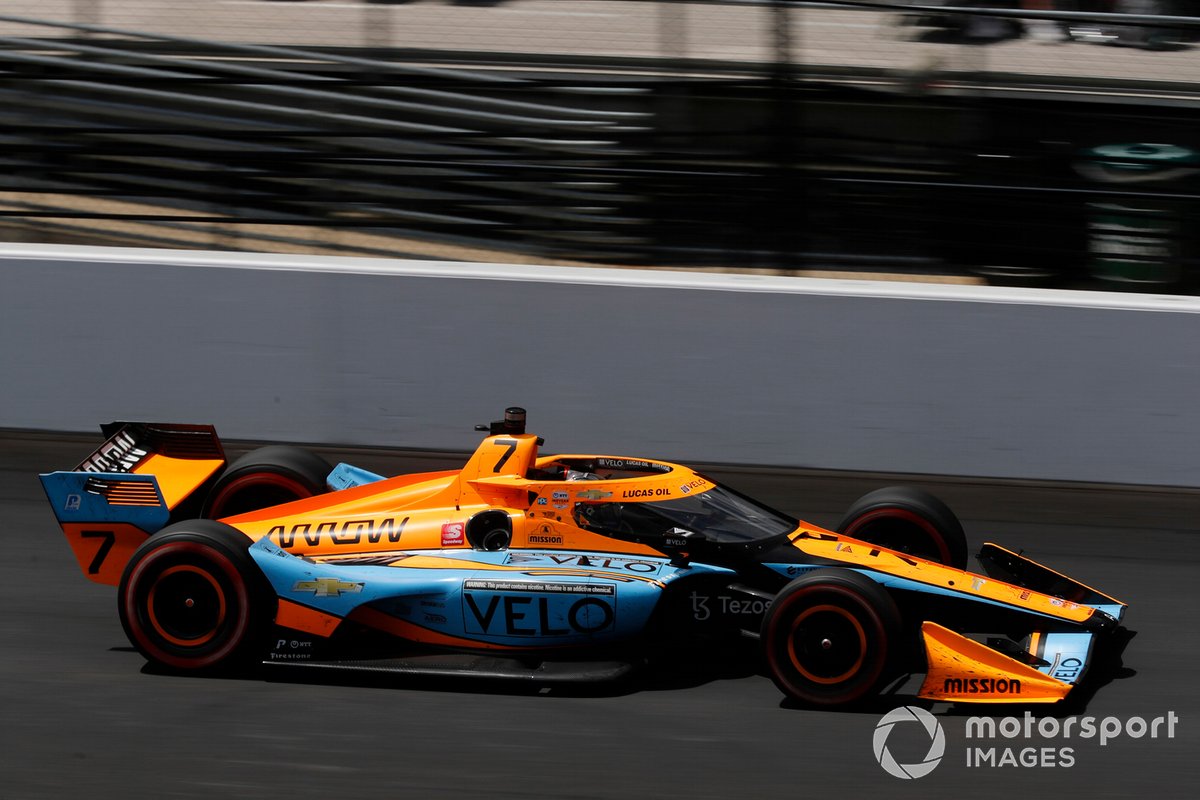 “Well, it seems like he has a lot of other things to think about right now,” he said. “Yeah, it never hurts, right, if you're doing well, if you're performing. I think if you have the pace, that's always a good thing. I don't think it hurts.

“Obviously the conversations we had have indicated that [remaining on the IndyCar team] doesn't really… that's not really what it stands between, if I'm quick or not quick.

"I think it's more complex than that, let's say, but I think it never hurts. If you're doing well, it's always going to help you somehow. That's all I can do, as well. I'm just going to continue to keep my foot down and try to win races.

“Do I think it's going to make a difference to whether I stay or not? I don't think so. I mean, I think it helps me every time I can prove myself.

"In racing, you're always as good as your last race, and that still goes for situations like this. Even if someone is saying it doesn't matter, it always matters. If you do well, you're a top property, and if you don't do well, you get overlooked pretty quickly.

“Yeah, the target doesn't change. I think I'm just focused on winning races, and that's going to be it for me until the end of the season.