As Autosport launches the latest episode in its Race of My Life podcast series, we revisit the race four-time Indianapolis 500 winner Rick Mears picked as his personal favourite - the 1981 Michigan 150

I guess the Indianapolis 500 in 1982 (pictured below, with Mears chasing Gordon Johncock) would have been the most gratifying if I had won it, but I didn't. Then there was Pocono in 1985, when the team had to go back to Marches after we had trouble with the new Penske, and also because it was the first race I won after breaking my feet at Sanair in 1984. That was a good race and we won it legitimately. It meant a lot to me and the team.

But you know I've always said that I never had any dreams or ambitions to win the Indy 500, or even to race an Indycar or anything like that. I've always concentrated on what I was doing today. Just try your best to do what you're doing, and the rest of it will come.

If I ever had any dream about racing it was to win a race by passing one of the top guys - in whatever type of car I was racing - on the last corner of the last lap. That was a dream I had many times and there was an Indycar race at Michigan in 1981 where it happened. 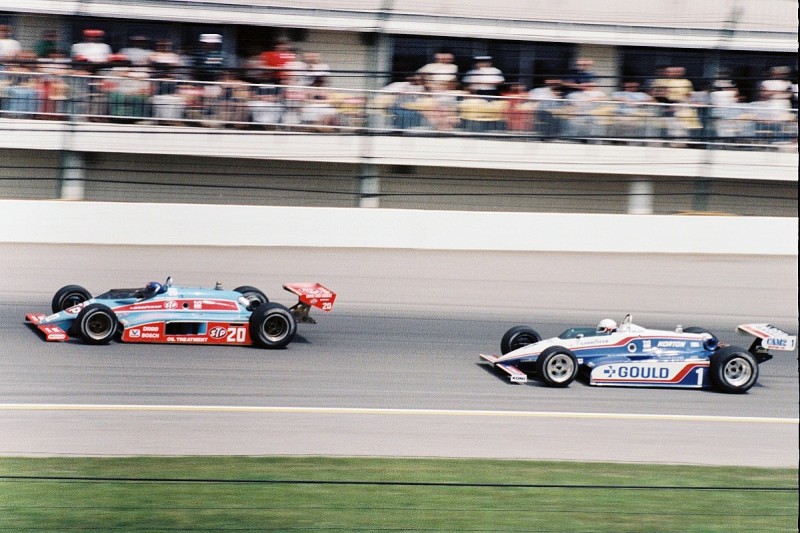 It was a tough race. I think Johnny Rutherford was right in the thick of it with the Chaparral and Tom Sneva was very fast in one of the first March Indycars. I had some things on the set-up of the car that helped me. I'm not even sure that my team-mate Bobby Unser knew about the set-up I had.

We figured out something with that particular car that really made it work well on the bottom of the race track, which was the important thing that brought the win. And that's another part of winning that race that was gratifying. We had some smart guys like Bobby with the same car and we figured out a way to beat them.

It was kind of a typical race that I like to run. Through the first part we just kinda hung in there, took it easy on the equipment, made a couple of adjustments in the pits when we needed to and waited to the end of the race.

We caught him with about five or six laps to go and just kept working on him and waiting for the chance to get a run on him coming off the corner. As it turned out I didn't really get that advantage until the last lap. 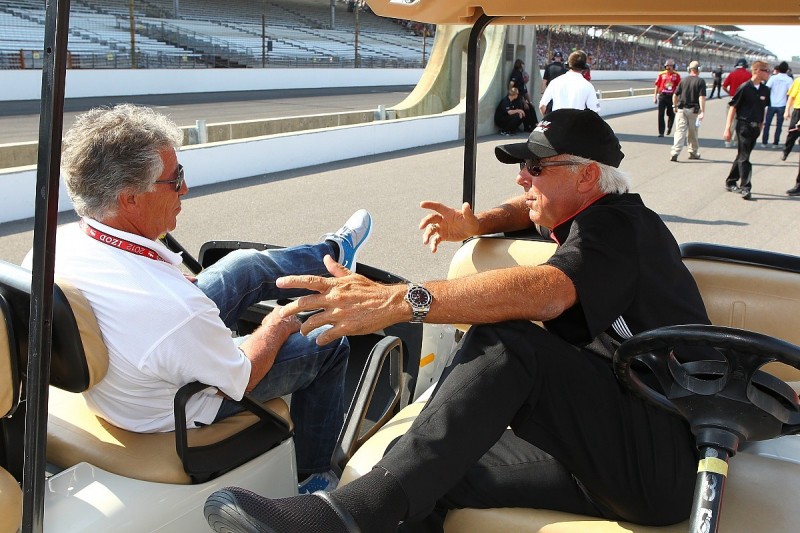 I was able to get a run on him going into Turn 3 and he saw me coming and tried to run a tighter line than normal. When he did that his car jumped loose on him a little bit. When that happened he had to kinda walk it up the track and that left the door open for me. I went down to the bottom of the track and the car worked really well.

I don't remember exactly where I got all the way by him. It was somewhere between Turn 4 and halfway down the start/finish line. I remember him talking about his wingplate was the reason for him getting loose on the last lap. But that wasn't the reason.

I remember watching his wingplate. It was separating, coming apart, and I was watching it, waiting for it to fall off, hoping that when it did it wouldn't hit me. But that wasn't the reason for the car jumping away from him. My car worked better on the bottom of the track and when he tried to close the door, it just got loose on him.