O'Ward clocked a 1m44.897s in the dying moments of the second session to edge rookie Alex Palou, fresh from claiming his first IndyCar podium at the circuit on Saturday.

McLaren is making its full-time series return this season for the first time since the 1970s, in partnership with experienced IndyCar outfit Schmidt Peterson Motorsports.

In Saturday's opening race at Road America, 21-year-old O'Ward was involved in two separate clashes with Conor Daly and 2019 Indianapolis 500 winner Simon Pagenaud but eventually came away with an eighth-place finish.

Andretti Autosport's Herta, who became the youngest-ever pole-sitter at last year's race at Road America, topped the opening session with a best effort that was within three-tenths of O'Ward's benchmark.

Dale Coyne Racing's Palou will start his fourth IndyCar race from third position ahead of Andretti's Ryan Hunter-Reay, who finished in that same position in race one. 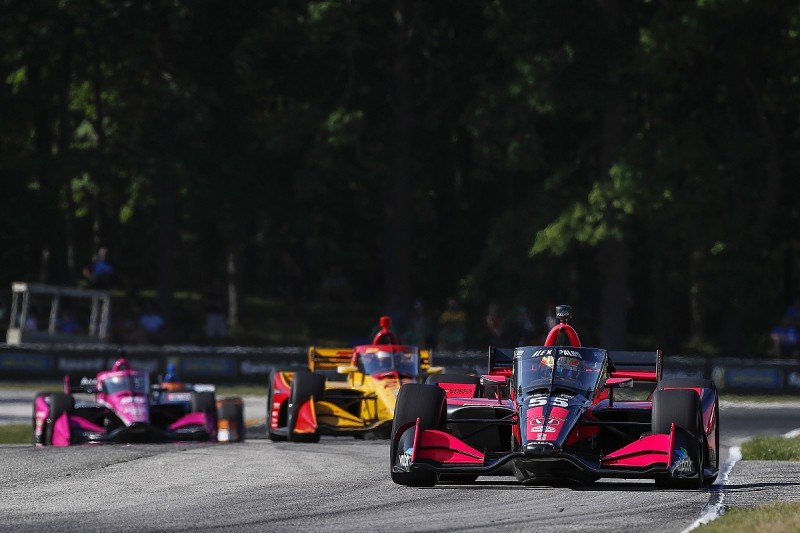 Pitstop problems robbed Graham Rahal of a potential podium in the opening race, he'll share the third row in the second race with Scott Dixon - who has won all three races in 2020 so far.

Team Penske's Power lost the race one lead to five-time series champion Dixon in the pitstops and was eventually forced to settle for second place in that race.

Meyer Shank Racing's Jack Harvey struggled to replicate his front-row pace from Saturday and ended up with ninth on the grid, directly in front of Alexander Rossi, who is still yet to better the 15th place he achieved at the season-opening race at Texas.

Defending series champion Josef Newgarden stumbled to 14th in qualifying, one day after taking his first pole position of the season.

His Penske team-mate Simon Pagenaud had another difficult qualifying session as the 2016 champion struggled to 22nd on the grid after having to contend with an in-qualifying drive-through penalty for speeding in the pitlane.