Alex Palou set the pace in second practice for IndyCar's finale at Laguna Seca ahead of the outgoing champion’s final attempt to score a win in 2022.

Colton Herta had worked down to a 1m12.9450s in his Andretti Herta Autosport, when Graham Rahal spun his Rahal Letterman Lanigan exiting the top of the Corkscrew and stalled, causing a red flag.

Juncos Hollinger Racing’s rookie Callum Ilott delivered a 1m12.34s, then a 1m11.9899s to go top ahead of fellow rookies David Malukas and Christian Lundgaard. As in Portland, Ilott was shining at a track where he gained experience last year, and he was over three-tenths of a second clear of his nearest rival at the time.

The first of the Team Penske drivers to set a representative lap was Scott McLaughlin, who set a 1m12.6457s on his first flyer.

On the exit of Turn 9, Pato O’Ward got slightly sideways in his Arrow McLaren SP, but then got irredeemably sideways approaching Turn 10 and skated backward over the gravel and required rescuing.

The session resumed with 24mins remaining, and Romain Grosjean moved his Andretti Autosport-Honda up to second, halving Ilott’s advantage, but with 13 minutes to go, Alexander Rossi shaded Ilott’s time by a mere 0.0086s, and then out came several drivers on fresh rubber and the order started shuffling.

Palou of Chip Ganassi Racing, who topped a test here two weeks ago, claimed top spot with a 1m11.6510s effort – three-tenths quicker than Rossi. While Rossi then improved, so too did Palou, getting down to 1m11.3847s. 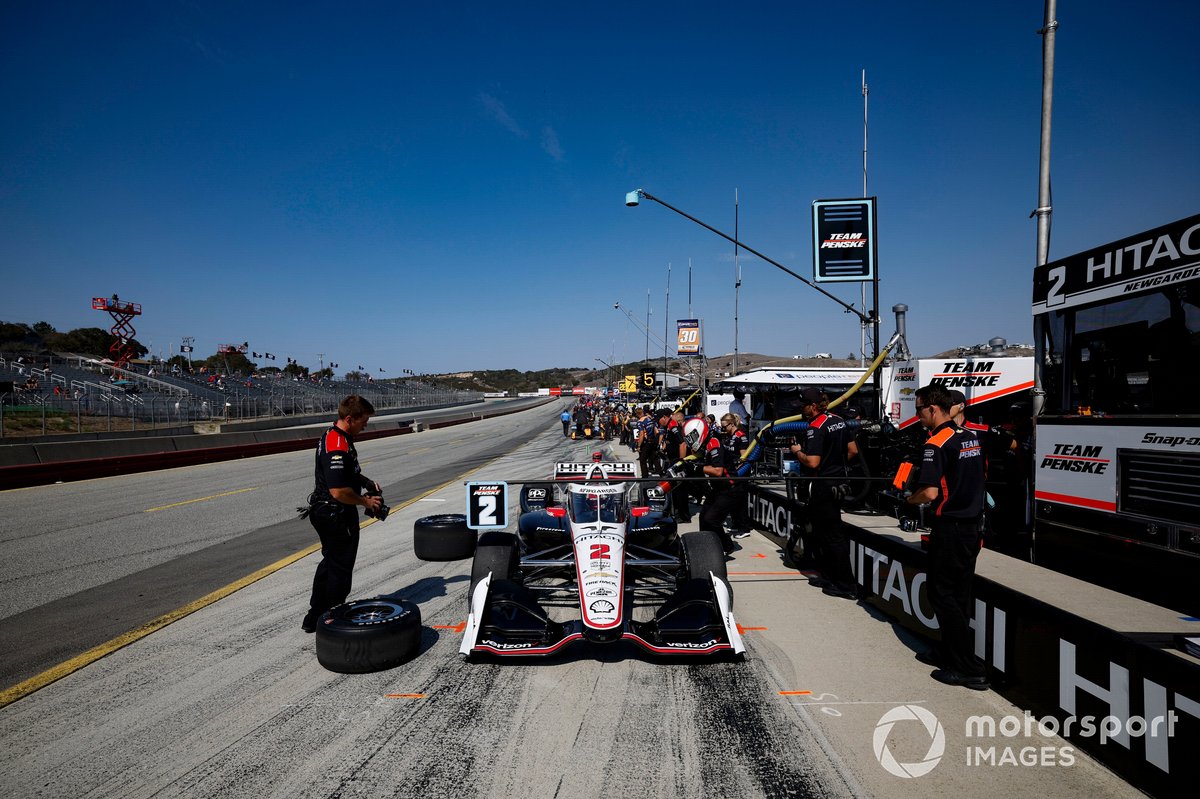 Colton Herta moved up to third, 0.15s behind team-mate Rossi and now ahead of rookie Rookie of the Year contender Christian Lundgaard of RLL and Simon Pagenaud.

With their final efforts Team Penske's title battlers Will Power and Josef Newgarden moved up to third and fourth.