Iowa Speedway will be back on the IndyCar schedule in 2022 after a one-year hiatus, with a Hy-Vee-backed double-header to be held in July.

Hy-Vee, a grocery chain with sponsorship links to Rahal Letterman Lanigan, has announced a new multi-year agreement that returns the banked, rough and challenging D-shaped oval to the calendar.

Iowa Speedway, which has held 15 IndyCar races since it opened in 2006, will host the Hy-VeeDeals.com 250 on Saturday, 23 July, while the Hy-Vee Salute to Farmers 300 will occur Sunday, 24 July.

“We’re extremely pleased to return Iowa Speedway to the NTT IndyCar Series calendar,” said Roger Penske, founder and chair of the Penske Corporation and owner of IndyCar. “Over the years, Iowa has proven to be a fitting showcase for North America’s premier open-wheel series. A key oval and a hallmark on our schedule, we deeply missed seeing our fans in Iowa this year and look forward to what’s ahead.”

The aim of IndyCar and Hy-Vee is to create a “festival-like atmosphere” throughout the weekend with “several additional entertainment activities”.

Randy Edeker, chairman, CEO and president of Hy-Vee said: “With our strong connection to local communities and involvement in the state, we plan to host an event that will receive national attention and make Newton an annual destination for racing fans.

“The weekend will be filled with multiple attractions and events that celebrate everything that is great about Iowa and NTT IndyCar Series racing.”

Iowa governor Kim Reynolds said: “The state of Iowa made a commitment to the sport of racing when the Iowa Speedway was built, and today's exciting announcement of Hy-Vee's partnership with the NTT IndyCar Series reaffirms that.

“Iowa is well suited to be an IndyCar destination for racing fans nationwide, and I encourage Iowa businesses and organisations to support the success of this event in whatever way they can.” 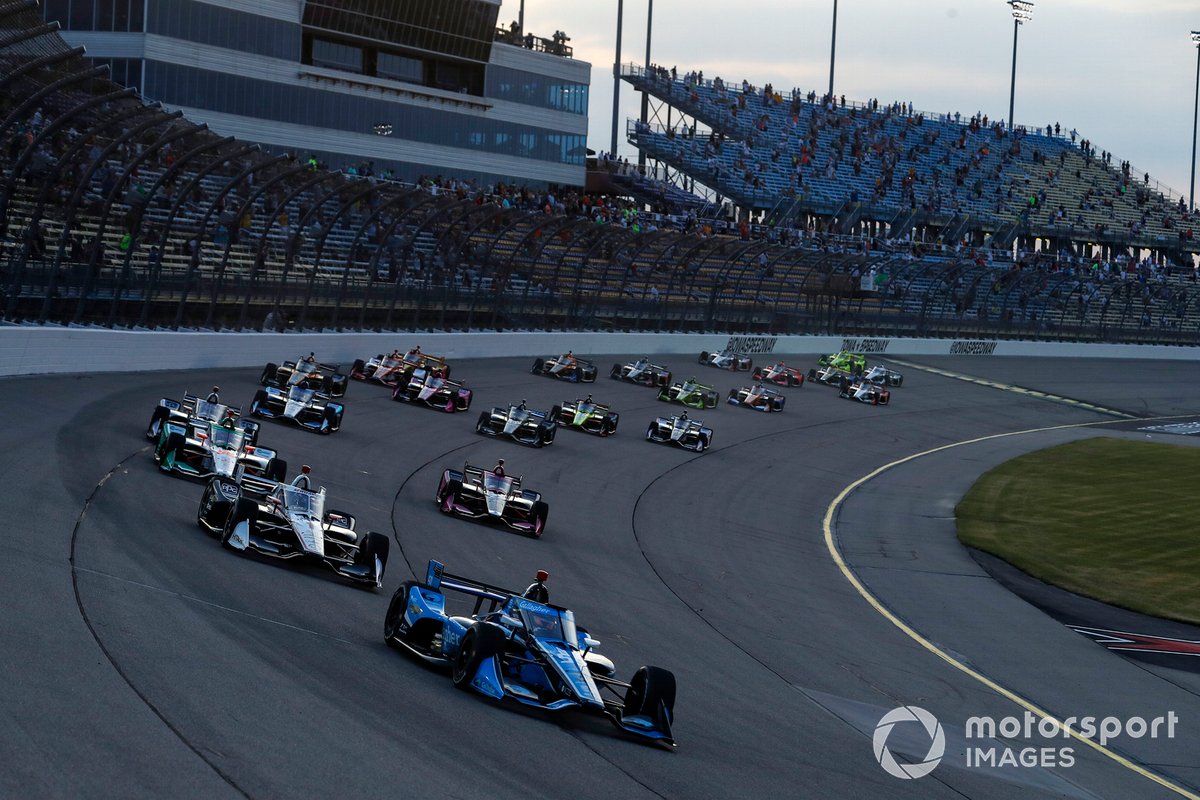 “The state is rich with racing history and has a strong appreciation for IndyCar and its terrific drivers and teams,” added Penske said. “The fantastic addition of Hy-Vee and their commitment to our sport underscores the added value.”

This year Hy-Vee has been the primary sponsor for not only Rahal at Road America and this weekend’s race at Gateway, but also the third, part-time RLL #45 entry which has been driven by Santino Ferrucci and, last week, Christian Lundgaard.