Ganassi retains Scott Dixon and Tony Kanaan in IndyCar for 2015

Scott Dixon and Tony Kanaan will continue as Chip Ganassi Racing's spearheads for the 2015 IndyCar season, the team has confirmed

The continuation of the Dixon's deal secures the New Zealander for a 14th season at Ganassi; the longest tenure of any driver in the team's history.

The three-time series champion rallied from a slow start to finish third in the points in 2014, and said that he is keen to pick up from where he left off when the new season starts.

"Although we finished 2014 strong, we didn't have the year we wanted to, at least not by our standards," he said.

"I know the team is focused and ready to go for 2015, and I'm honoured to be back driving the #9 again for the team."

Next year will be Kanaan's second in the team's storied #10 entry, which the Brazilian took over following Dario Franchitti's career-ending crash in Houston.

He earned his first win for Ganassi at the season-finale at Fontana, and said that he expects to be a more consistent contender now that he has fully settled in. 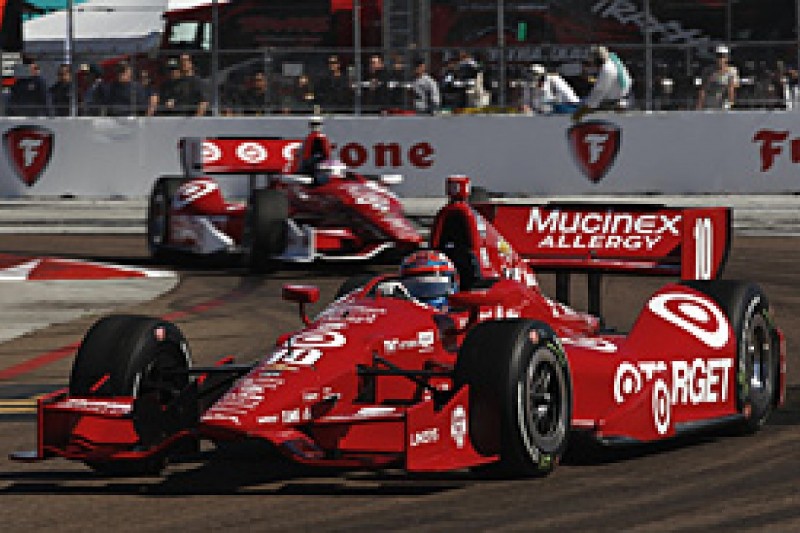 "We really started to come together at the end of last season and although we ended on a high note with the win in Fontana, I think we had a legitimate chance to win a few more times," he said.

"We have a year under our belt working together now and I expect to be contending more consistently in 2015."

Dixon's entry will continue to be sponsored by long-time team partner Target, while Kanaan's car will be backed by NTT Data, which was previously aligned with the fourth entry driven this year by Ryan Briscoe.

Ganassi's plans for its remaining IndyCar entries will be confirmed in the coming days.

Charlie Kimball stays on with Ganassi IndyCar team for 2015