Fernando Alonso not yet comfortable in Indy 500 practice

The Spaniard completed 172 laps during the first two days of practice at Indy, on top of the 110 laps run during his test on May 3.

But despite being happy with his progress so far and his comfort levels improving thanks to laps run in traffic on Tuesday, Alonso still has more gains to make.

"I feel happy, but definitely not comfortable," said Alonso when asked by Autosport about his progress.

"Yesterday, especially thanks to the traffic running, I was much more comfortable and happier with the position we are now. [There is] still a lot to come.

"Obviously in the first couple of days in the car, all the setup changes I did were transparent for me because I was not able to feel the car.

"There's plenty of time, plenty of running. I'm not ready yet, but I think I will be for qualifying and the race."

Alonso says driving an IndyCar on an oval requires a dramatically different style to what he has learned during his career. 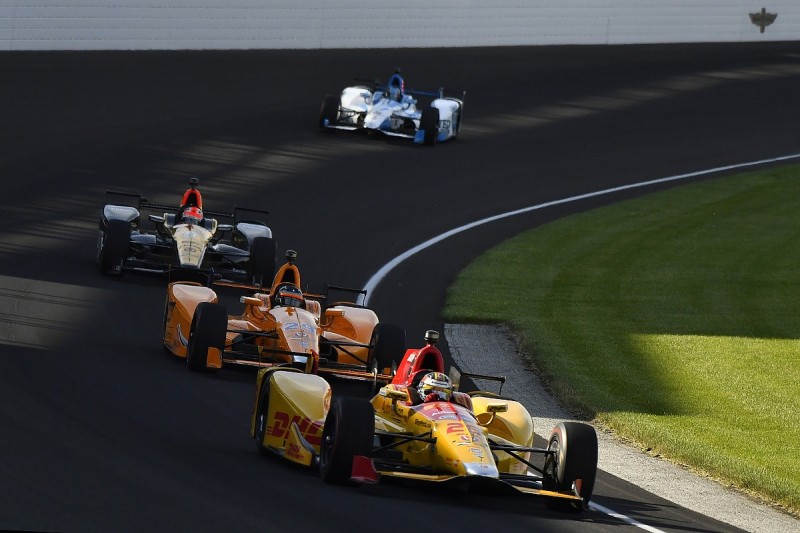 But he is getting used to what he calls a strange feeling.

"The cars, definitely they are different to drive," said Alonso.

"If you develop your whole career in Formula 1 in Europe, you come here in the oval racing and the car felt not natural to drive because the car turns left by itself.

"So that's a little bit strange when you approach Turn 1 on the first lap.

"But I had good preparation on the simulator, a lot of information from the team in the last couple of weeks, so I arrived prepared for the feeling."

Alonso added that he is surprised that the early days of the two-week Indianapolis 500 build-up have not included more off-track commitments.

The level of access granted to fans this week was unexpected, and Alonso posed for photos and signed autographs in the pits just before heading out for the first time yesterday.

"Maybe it's too early to say, but I expected more activities off the track," said Alonso.

"Probably I will think differently when I arrive next Sunday, but right now it's still more or less OK.

"The biggest surprise is to see the fans outside of the garage or even on the pitlane, that's a complete new thing for me."