Many teams avoided doing significant running in the afternoon because the tyre allocation is the same as for a normal street course weekend even though Detroit features two races.

Alexander Rossi was third fastest, despite crashing out.

The Andretti Autosport driver had just placed his Dallara-Honda top of the timing sheets 10 minutes into the session when he lost control coming into the Turn 9 left-hander in the Fountain section, significantly damaging the rear of his machine. 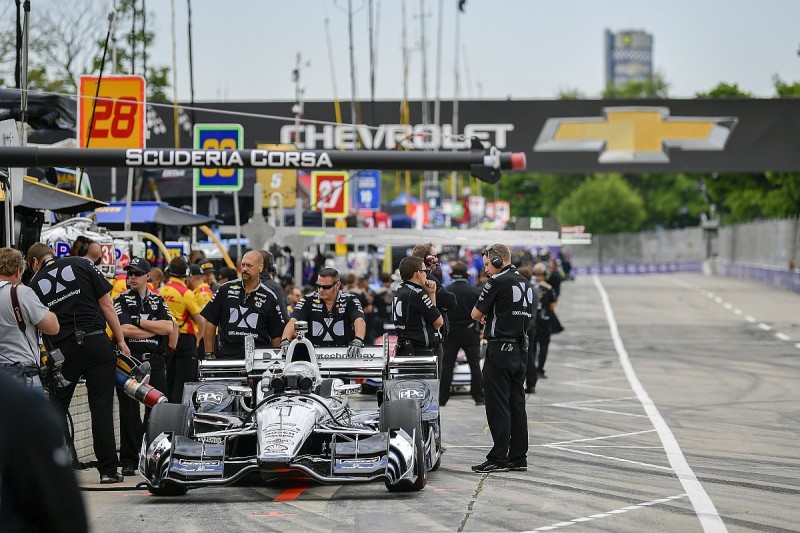 Seventh-placed JR Hildebrand completed more laps than anybody else with 19.

Ryan Hunter-Reay spun part-way through the 45-minute session, and was ninth fastest. A suspected clutch issue also hampered his session.

Max Chilton suffered a brake fire in the pitlane, and ended the session in 15th place.

Ex-Formula 1 driver Esteban Gutierrez ended his first day as an IndyCar Series driver slowest of all, over three seconds off the pace.