Castroneves' Penske Dallara-Chevrolet team-mate Josef Newgarden was third, less than half a tenth behind.

The session's only interruption was due to a late spin from Scott Dixon, in his first time in the car after his horrifying shunt at Indy just five days ago.

That caused the only red flag of the 45 minutes, though Dixon avoided damage to his car, and a few drivers down the order still managed to improve when the session was resumed for a final minute.

Alexander Rossi was fourth fastest, and was the top Andretti Autosport driver.

Will Power was fifth, almost half a second behind Rahal.

Ryan Hunter-Reay and James Hinchcliffe rounded out the top 10. 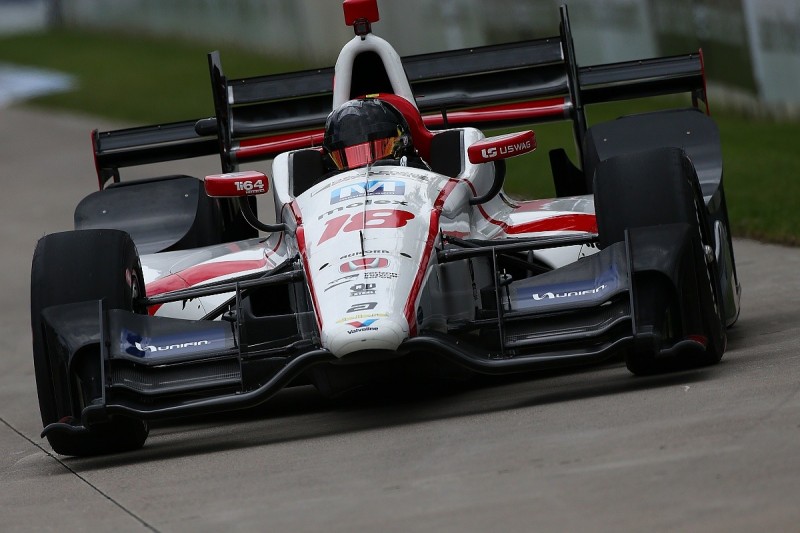 Ex-Formula 1 driver Esteban Gutierrez, in his first laps in an IndyCar, ended up 21st fastest for Dale Coyne Racing in place of the injured Sebastien Bourdais.

Only team-mate Ed Jones, who is also unfamiliar with this circuit, was slower.

Those in the top 10 in the points standings tended to avoid the track in the early part of the session, as they only had one set of the harder tyre to use in this practice, as opposed to two sets for those outside of the top 10.