Oliver Askew has been given clearance by the IndyCar medical team to return to action for this weekend's season finale in St. Petersburg with Arrow McLaren SP

The reigning Indy Lights champion was forced to miss the Harvest Grand Prix two weeks ago after complaining of balance issues at the end of the second Mid-Ohio round last month.

Helio Castroneves subbed for him in the Harvest GP at the Indianapolis Motor Speedway road course, although Askew was on hand to advise the veteran who hadn't raced an IndyCar on a road course for 15 months.

Now Florida-born Askew is able to return for what is effectively his home race, but he has already been informed by the Arrow McLaren SP team that he has lost his ride for 2021.

He is set be replaced by current Chip Ganassi Racing ace Felix Rosenqvist, while Pato O'Ward has been confirmed as continuing in the other car.

Askew said of his St. Petersburg return: "I appreciate all the support Arrow McLaren SP has given me through this difficult time.

"I would like to thank Dr. Billows and the IndyCar Medical Team, as well as Dr. Collins and the UPMC Sports Medicine Concussion Programme for their advice and care, which allowed me to take the time I need to fully recover and prepare for the IndyCar Series finale.

"I'm looking forward to a strong finish to the season." 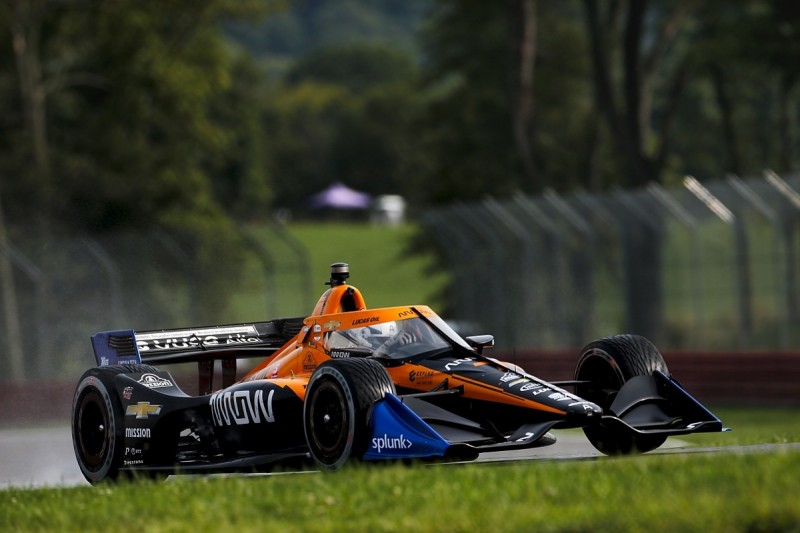 Team co-owner Sam Schmidt added: "We appreciate the difficulties that athletes may have in recognising the symptoms of concussion-like injuries and seeking the appropriate treatment.

"We are glad Oliver was able to receive appropriate medical guidance and collaborate with the IndyCar Series physicians to gain clearance and compete for Arrow McLaren SP this weekend.

"It's good to see Oliver return to the cockpit of the #7 Arrow McLaren SP Chevrolet and we look forward to a positive result this weekend."

Askew's concussion is believed to have been a result of the high-speed accident he suffered during August's Indianapolis 500.

He was able to contest the subsequent double-headers at Gateway and Mid-Ohio before reporting the balance issue.