The rescheduled Indianapolis 500 will be run with fans in attendance at IndyCar's iconic event, but only at 50% of the Motor Speedway's 230,000 capacity.

The coronavirus pandemic forced the Indy 500 - as well as the preceding Grand Prix of Indianapolis - to be delayed from its May slot to 23 August, with the 2020 IndyCar season finally getting underway on 6 June in Texas.

Recent reports stated 175,000 tickets for the Indy 500 had been sold, though some 60,000 ticketholders will have to be cut in order to meet the 50% maximum IndyCar is imposing for the event. The GP of Indianapolis won't be open to fans on its rescheduled 4 July slot.

In a statement confirming the news that fans will be allowed into the 104th running of the iconic event, IMS president J. Douglas Boles said: "'The Greatest Spectacle in Racing' was postponed from its original date of Sunday 24 May due to the COVID-19 health crisis.

"We're committed to running the Indy 500 on Sunday 23 August and will welcome fans to the world's greatest racing venue.

"We will be limiting attendance to approximately 50% of venue capacity, and we are also finalising a number of additional carefully considered health and safety measures.

"We'll unveil the specific details of our comprehensive plan in the coming weeks." 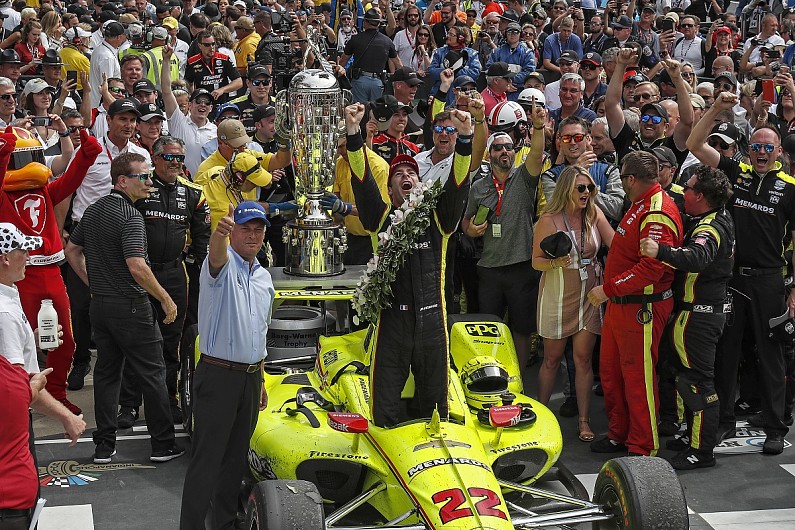 In the same statement, IMS stated it is "communicating with existing ticketholders to learn of their intent to use their race tickets" and will adjust orders accordingly.

IMS is urging those in the considered high-risk from infection to remain at home.

Should the Indy 500 still be permitted to open host 115,000 spectators come August, it is set to be the largest mass gathering since social distancing measures were put into force to quell the spread of COVID-19.

This news follows the confirmation that IndyCar will welcome fans for the first time this season at next month's Road America double-header.

The 11-12 July event will be followed by another double-header at Iowa, which will also be open to a limited number of spectators.

Last weekend at Talladega, NASCAR opened up its grandstands to a limited number of fans for the first time since its return from coronavirus-forced shutdown.