Embarrassing the IndyCar series regulars with a victory on his virtual series debut last weekend was another demonstration of Lando Norris' affinity with Esports. But it would do him a disservice to ignore the intensive preparation he puts in

Lando Norris' victory on his virtual IndyCar debut at the Circuit of the Americas last weekend will come as little surprise to anyone familiar with the McLaren Formula 1 driver's commitment to sim racing.

The IndyCar Challenge series has invited the likes of NASCAR legends Jimmie Johnson, Kyle Busch and Dale Earnhardt Jr as well as three-time Global Rallycross Championship winner Scott Speed to compete in a round of the invitational series on iRacing over the past few weeks.

Avid sim racer Norris was the latest to receive an invitation, joining Pato O'Ward, Oliver Askew and Robert Wickens - who is using sim racing to aid his return to real-life competition - at the Arrow McLaren SP team.

Norris won from pole position despite a spin on the exit of the final corner and led a McLaren 1-2 with O'Ward in second place, meaning Norris eclipsed not only the standard set by previous guest drivers but by the regular IndyCar drivers who were on their fifth consecutive weekend of competing.

So how did Norris conquer the 33-driver IndyCar field at his first attempt? The most obvious answer to that question is Norris' far superior experience thus far compared to his rivals. The hours he has spent on iRacing or similar simulator titles such as rFactor 2 - even over the past year with a hectic F1 schedule - are likely to be approaching four figures.

By his own admission, Norris has "spent a lot more time than everyone else [in the field] combined on iRacing".

But to simply put Norris' success down purely to his prior virtual experience would be doing a major disservice to his preparation and approach that he applies to each major sim racing event. 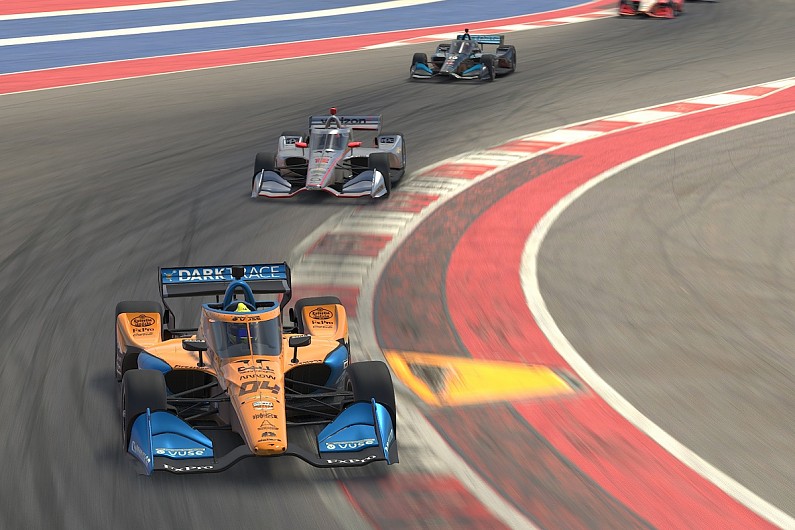 Although he only started practising a few days beforehand, Norris enlisted the help of his former F1 engineer Andrew Jarvis, who has moved over to work in McLaren's IndyCar outfit, to ensure he was up to speed with all the procedures involved in handling the spec Dallara IR18.

"I've probably never put so much time into testing and so on as I have for this race, being able to work with my engineer from F1 last year, Jarv, who has moved to America to go and join the McLaren guys out there," he said.

"In IndyCar it's in terms of it's literally just a track on the streets. You've got to go for it in a very difficult car to drive, with no power steering. I would love to do it in the future" Lando Norris

"We know how to speak to each other, how to understand each other. He knows how I drive. I have a lot of similarities between the actual racetrack and the sim."

Together, Norris and Jarvis compared data from his real-life F1 outing at COTA last November and used data from his IndyCar team-mates to help him to become the driver to beat.

"Some things I was doing exactly the same [in the F1 car], sometimes in a good way or bad way, as what I was doing in the race or in the qualifying or practice," said Norris.

"That part of it and really working with the engineers, looking at the data between me and Pato, me and Ollie, me and Robby, I wasn't quicker everywhere, there were a lot of places Pato and the others were doing better.

"I still improved a lot on my time from looking at them and working together as a team, not just joining as a single driver just joining for the race. It kind of was a bit more serious. That was one of the different things [compared to other sim racing events]."

This is the level of commitment now required for professional drivers to conquer the virtual world and is further proof of the merits of crossover between the real and virtual worlds, not just for drivers but for engineers. For example, multiple F1 teams have been using data engineers to assist their Esports drivers in the virtual F1 series since 2018. 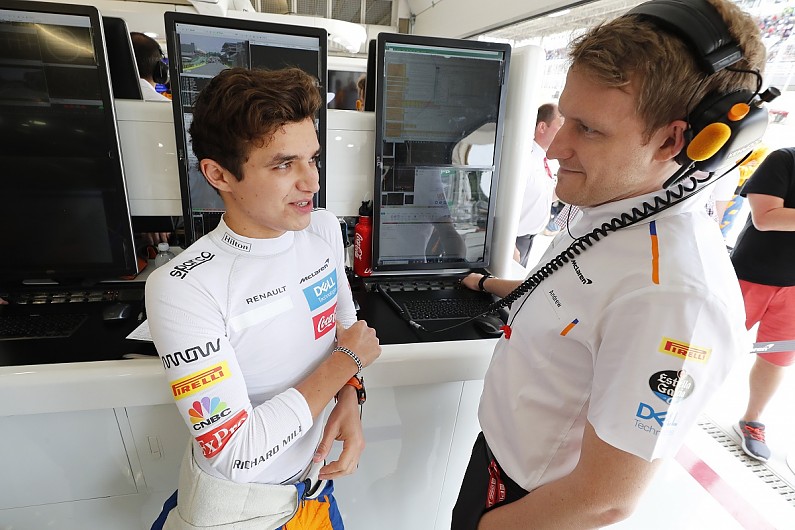 Esports also creates opportunities for F1 drivers to routinely jump between championships in a way that would not be feasible in real life due to the inevitable headaches resulting from packed schedules and restrictive contracts.

Fernando Alonso's ongoing triple crown venture demonstrates the huge interest that results when real-life crossovers do take place, and F1 drivers have been only too willing to use the current hiatus to test themselves in different machinery. Whether that be Norris in IndyCar, Charles Leclerc competing in the SRO GT Esports series or Max Verstappen making a one-off appearance in the Supercars Eseries, the crossover potential is limitless.

But that doesn't have to end once racing resumes, as teams having presences in multiple championships can afford drivers opportunities to expand their horizons. Supercars champion Scott McLaughlin (pictured below) won the second round of the IndyCar Challenge at Barber Motorsports Park ahead of a planned debut with Team Penske later this year, while IndyCar frontrunner Alex Rossi - who made a wildcard entry in the Bathurst 1000 last year - was back in a virtual Supercar courtesy of his Andretti Autosport team's tie-up with the Walkinshaw Andretti United Supercars team.

Under its current management, McLaren has shown itself to be among the most likely F1 teams to allow its drivers to experience different championships, having famously permitted Alonso to skip the 2017 Monaco GP to contest that year's Indianapolis 500. Norris says he is fully focussed on F1, but admitted that his virtual IndyCar debut had "pushed me towards [IndyCar] more," and he's attracted by the "more pure" nature of the American single-seater series.

"I mean, in some ways yes," Norris replied when asked if his virtual IndyCar debut had increased the possibility of a real-life IndyCar debut. 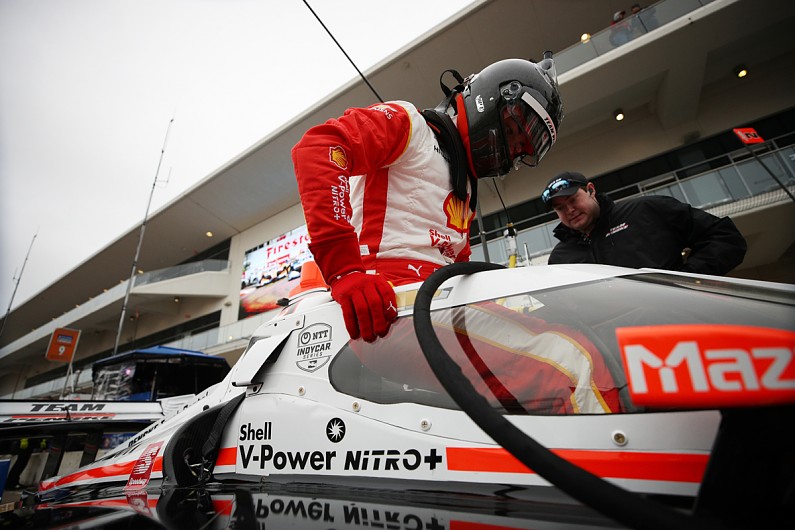 "You have the younger guys like Pato and Colton [Herta] on the other end which are just freaking fast and adapt very well to a lot of situations. Being able to race a lot of the other drivers around the world, which you don't get to race in F1, which I've gone through the categories, but [also] experience different tracks such as Indy, a lot of the street tracks, a lot of them are on iRacing, are super fun to drive, very different to what we're used to.

"A lot more pure bumps and walls, a bit more raw. In F1 there a bit more pro barriers everywhere, runoffs and so on. In IndyCar it's in terms of it's literally just a track on the streets. You've got to go for it in a very difficult car to drive, with no power steering.

None of the guest appearances came close to matching Norris' victory at COTA, setting a new standard of what's required to win the top sim races during this postponement period

"I would love to do it in the future. This has pushed me towards it more. That is still something not just in the future but the far future once I've focused on Formula 1, I've achieved my dreams and aims to try to win that and win a championship and win races. Maybe in a few years, you can ask me that question again."

McLaughlin was originally intending to make his debut in May's Indianapolis Grand Prix with Team Penske but instead was forced to begin his partnership with Diuguid in the virtual world.

"First time this week I had my engineer, unlike last week where I was doing the fuel numbers in my head," McLaughlin said after winning the second race at Barber.

"Having Jonathan Diuguid from Penske helping me out, who helps me in IndyCar in real life, was really cool, a good way for us to get to know each other as well."

Two-time NASCAR Daytona 500 winner Earnhardt Jr finished on the podium in the next race at Michigan International Speedway (pictured below) despite admitting beforehand that he was hoping to "stay out of trouble". 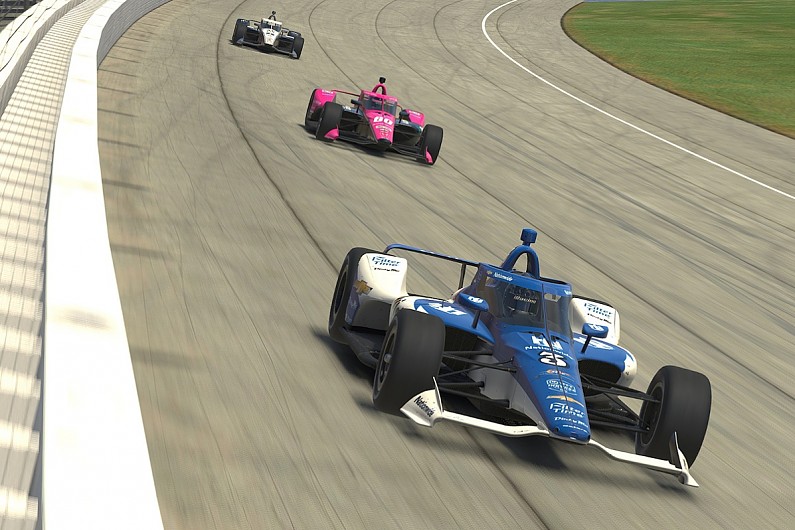 Although an iRacing regular, Earnhardt said he hadn't done much practice in a virtual IndyCar, so expected to be doing "a lot of learning and trying to understand why the car reacts the way it does" - but employed the same clever fuel strategy used by race-winner Simon Pagenaud to upset the form book.

"There was a lot of luck involved," admitted Earnhardt Jr. "We ended up running out of gas as we crossed the finish line, getting the chequered [flag].

"We ended up frustrating some guys because their strategy didn't work out well in the fastest car, the best sim racers didn't finish where they should have."

Seven-time NASCAR champion Johnson, a self-confessed sim racing rookie, had a more predictably underwhelming IndyCar debut when he drove in the virtual series opener at Watkins Glen. He qualified 19th and finished two laps down in 16th place.

Just seven cars (out of 25) finished on the lead lap in the first race - where former Toro Rosso F1 driver Speed would have probably finished on the podium in that opening race had he not spun into the wall - compared with 26 drivers (out of 33) in the most recent at COTA, a testament to the increased level of competitiveness as the series has played out.

Defending NASCAR Cup champion Kyle Busch had a quietly impressive run to 13th place on his guest appearance at the Twin-Ring Motegi circuit. But none of the guest appearances came close to matching Norris' scintillating victory at COTA, setting a new standard of what's required to win the top sim races during this postponement period.

This weekend will feature the finale of the six-round series at Indianapolis Motor Speedway, home of the Indy 500. Norris is yet to confirm his participation but does - unlike the other guest stars - have an invite courtesy of his COTA victory.

But while COTA was at least familiar to him, oval racing will surely provide the strongest challenge thus far to Norris' sim racing supremacy. For, regardless of his intensive pre-event preparation - as Alonso's failure to qualify for the 500 last year demonstrated - there is no such thing as a certainty at IMS. 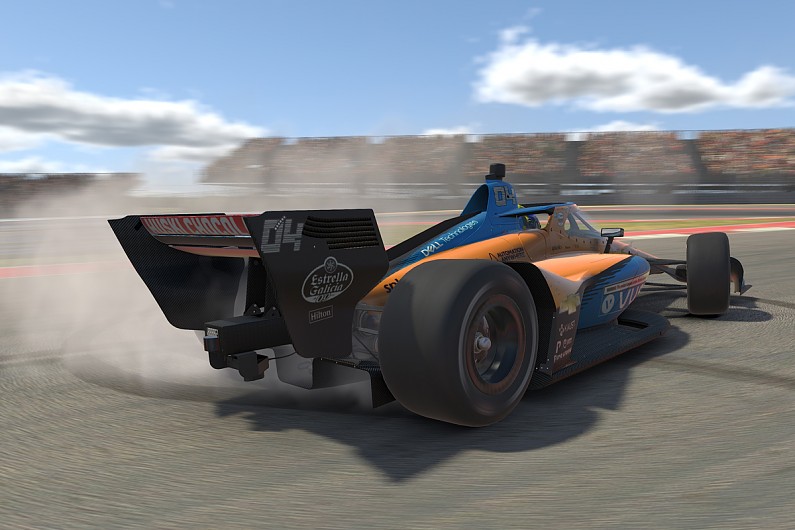