The pair were called up to provide feedback for the ongoing development of the car, which will be pressed into service next year, and Dixon said that it promises to be a significant step forward from its predecessor.

"I think it is a fantastic stepping stone to IndyCar as far as the similarities and the way the thing drives which I think everybody has worked really hard on. The performance is very good; it is very durable and no problems.

"I actually spun a couple of times with the initial setup we had on it but going through the changes, the car reacted well.

"I think we probably went through 10 or 12 changes on the car. It reacted in a way you would think. All in all, it was good."

The previous Lights car, which was raced for the final time at Sonoma two weeks ago, had been in use since 2002, and Dixon says that the modernisation of the series will make Lights and increasingly viable option for European drivers.

"I think the biggest thing for us right now - for Indy Lights and for IndyCar - is that it is updated ten-fold over the last spec," he said.

"Adding the paddle shifts and the technology that has been applied to this car makes it relative to a lot of other formulas. It will definitely attract a lot of Europeans and even more Americans to the series." 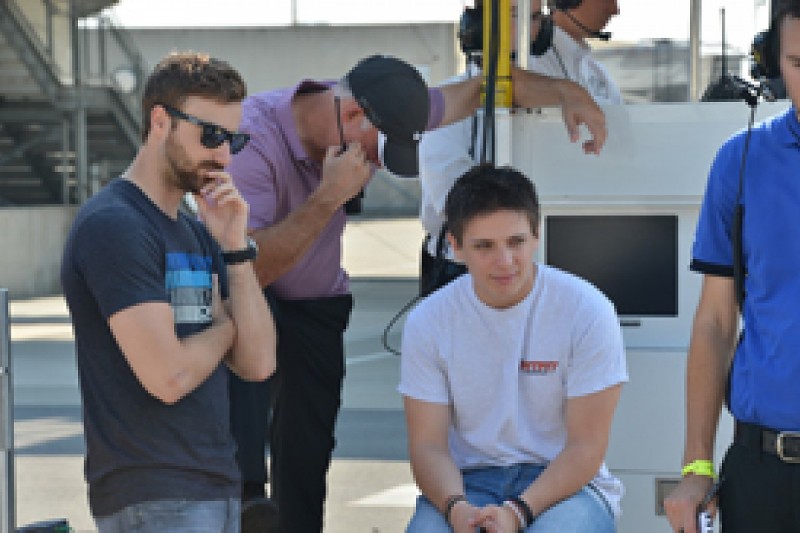 Dixon and Hinchcliffe completed a combined total of 80 laps and Hinchcliffe, who raced the previous Lights car to second in the points in 2010, said that the IL-15 feels ahead of the curve in terms of development.

"For where they are in terms of mileage, I think the car is really well sorted and a lot of fun to drive," he said.

"When I came up to Lights, obviously with the previous generation car, it was a lot more representative of that current generation of Indycar.

Newly-crowned Lights champion Gabby Chaves took over testing duties at IMS for Saturday, after which the IL-15 will return to the track on the IMS road course on September 13/14, where it will be joined by the other two Road to Indy categories. Josef Newgarden is scheduled to drive.