The pair will be team-mates with Aaron Telitz and Jack Hawksworth who were confirmed in a second car last month as Vasser Sullivan continue for a third year with the GT Daytona-class Lexus RC Fs, albeit no longer in partnership with AIM Autosport.

Veach, who scored six wins in Indy Lights, arrives at the team with three seasons of IndyCar racing under his belt having scored three top-five finishes with Andretti Autosport in the USA's top single-seater division.

"I am thrilled we were able to put this program together," said the 26-year-old from Ohio, who missed the final three races of last season as his spot at Andretti was taken by James Hinchcliffe.

"Everyone from Vasser Sullivan has been a dream to work with. I can't wait to get to Daytona in January to start what will be a great year with my team-mate Frankie Montecalvo."

Montecalvo was one of the surprises of the 2020 IMSA season, as he scored his first win in Road America with former co-driver Townsend Bell and also landed two pole positions. 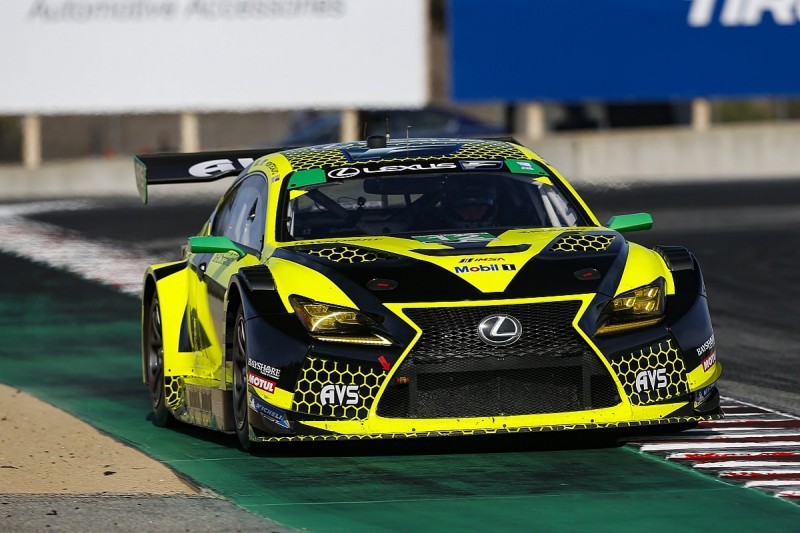 "The 2020 season was a crazy ride full of ups and downs. As a team we had multiple wins, podiums and pole positions," he said.

"Each year I feel we improved, just getting better and better. So I can't wait to make my third consecutive year with Vasser Sullivan a great one."

Team co-owners James 'Sulli' Sullivan and Jimmy Vasser put out a joint statement, commenting: "After two seasons with us, Frankie has now become a contender for a pole and/or a win every weekend. We expect you'll see more of this from Frankie in the '21 season.

"The timing with Zach is perfect as he transitions to the next stage of his career in sportscars after a great run in IndyCar.

"Zach has already shown his commitment to winning by relocating to Charlotte to be closer to the team and cut down his time to get up to speed in sportscars.

"We look forward to seeing Frankie and Zach being extremely competitive this season."