New Chip Ganassi Racing IMSA SportsCar Championship signing Alex Lynn says his desire "to write your name in history" was key in his decision to move away from Formula E.

The 28-year-old has raced in sportscars alongside Formula E appearances with DS Virgin, Jaguar and Mahindra since 2017, having made his LMP2 debut in the 2016 Fuji World Endurance Championship round.

After winning the 2017 Sebring 12 Hours on his one and only IMSA start to date in Wayne Taylor Racing's Cadillac, Lynn took the LMP2 class pole on his Le Mans 24 Hours debut later that year before signing a factory driver deal with Aston Martin to race in the WEC's GTE Pro division. The highlight was a Le Mans class win in 2020, before the programme's cancellation at the end of last year.

That left Formula E with Mahindra as Lynn's only full-time deal in 2021 and although he scored his first FE win in London with Mahindra earlier this year, he was replaced by Oliver Rowland for 2022.

Lynn maintains he could have stayed in Formula E, but the lure of winning more of the sportscar classics outright prompted him to join Renger van der Zande, Earl Bamber and Sebastien Bourdais at Ganassi's IMSA squad as it scales up to run two Cadillacs in 2022.

Describing victory in the Daytona 24 Hours as "one of my dreams as a driver", Lynn told Autosport: "I had the option of staying in Formula E – quite a few teams were interested – but when I sat down and thought about where I want my career to go, there was a big pull to try and win the big sportscar races overall.

"This opportunity gives me that chance, considering the way the sportscar landscape is evolving over the next couple of years.

"That made my decision quite an easy one, to be honest."

Asked if he would miss miss the open-wheel racing scene, the 2014 GP3 champion and GP2 race-winner said the convergence of rulebooks that will allow the new-for-2023 breed of LMDh cars - such as the Cadillac Ganassi is expected to race - to race in both WEC and IMSA will "produce a real golden era of sportscar racing".

"My open-wheel career was really, really cool and gave me a strong foundation of racing in general, but this is the perfect chance to write your name in history with the rise of sportscar racing," he said. 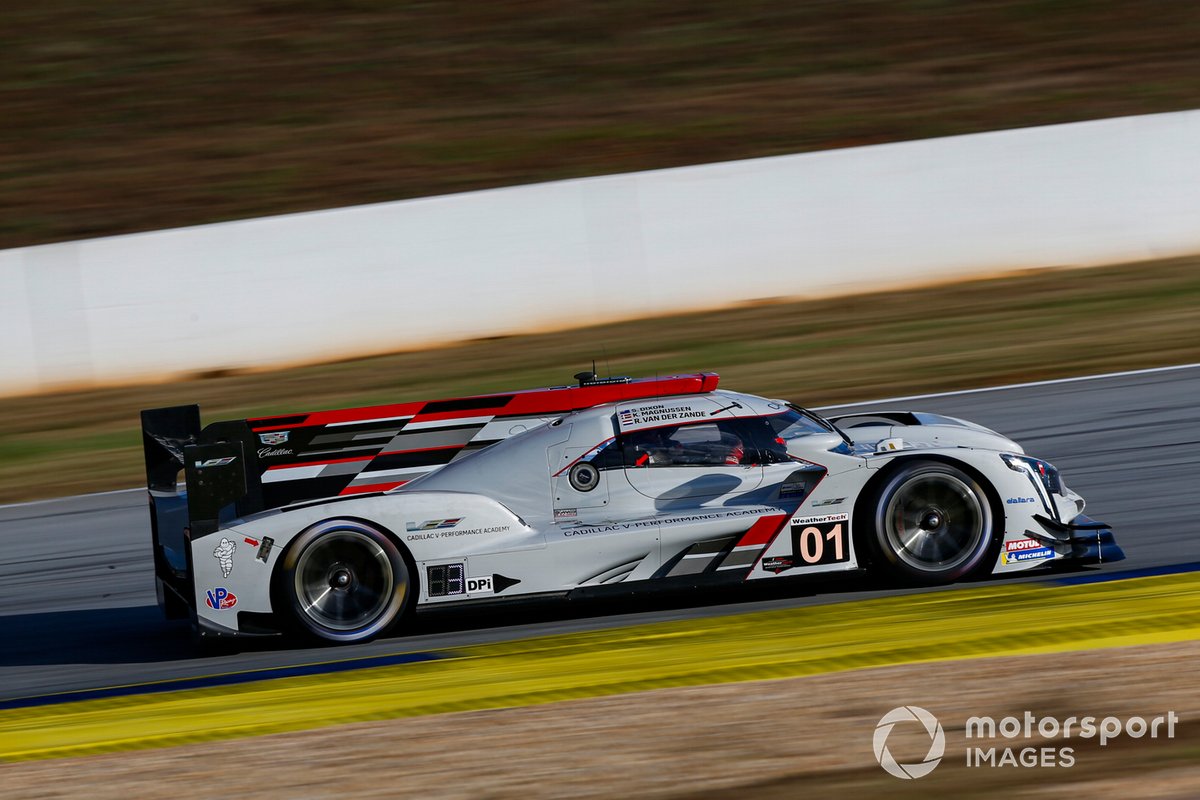 "That’s what gets me out of bed in the morning, the opportunity to score historic wins, get the big trophies, whether that’s Le Mans overall, Daytona overall, the chance to try and claim Sebring again… That really drives me.

"My bread-and-butter has always been high-downforce single-seaters, whether that was test driving in F1 or racing in GP2 and GP3 – that was really where my career started.

"Then I went into LMP2, spent three years in GTs, but I always felt my home was in Prototypes, big downforce cars, and so I always really wanted to come back to an opportunity like this. That’s where my heart wanted to be."

Lynn recently had his first test in the team's Cadillac at Road Atlanta prior to Petit Le Mans, and reported that "the car immediately felt fantastic", which has given him confidence that he can hit the ground running and challenge for the title next year - despite lacking experience of several tracks on the IMSA schedule.

"I do honestly believe so and it’s certainly my intention," he said.

"Having seen a little bit from the outside and now from the inside the way this program is shaping up, the effort that Ganassi is putting in, I really want to target the championship.

"There’s a lot of tracks I haven’t been to, but I see that as a nice challenge. My background of racing on the UK circuits means I’m reminded of them a lot when I look at the tracks over here – very similar characteristics – but obviously I’m going to do a lot of background work to get all the knowledge I can before I turn up at any of the given tracks." .

Lynn added that he doesn't yet know who he'll be paired with, but that doesn't concern him.

"I think we’ll find out soon. But whoever I’m paired with, it will be a world-class driver," he said.

"Hopefully they’ll feel the same about me!"