While Mazda has yet to formally announce its line-ups for the 2020 IMSA season, Andretti Autosports IndyCar driver Hunter-Reay is listed as part of the roster for the Joest-run squad for this week's Roar Before the 24 test.

Oliver Jarvis, Tristan Nunez and Olivier Pla are set to drive the sister #77 car, in what appears to be an unchanged full-season line-up for the Japanese manufacturer.

Pla was one of Mazda's two extra drivers for the Michelin Endurance Cup races last year along with Timo Bernhard, who this month announced his retirement from top-line racing. DTM champion Rene Rast was also part of the team's Rolex 24 assault.

Elsewhere on the Roar test entry list, Tristan Vautier is listed in both of JDC-Miller MotorSports' Cadillac DPi-V.Rs.

The Frenchman contested the full season in the #85 Caddy this year but has not been part of any of the team's 2020 driver announcements so far.

All three drivers were part of the squad's Rolex 24 line-up in 2019, alongside Kris Wright. 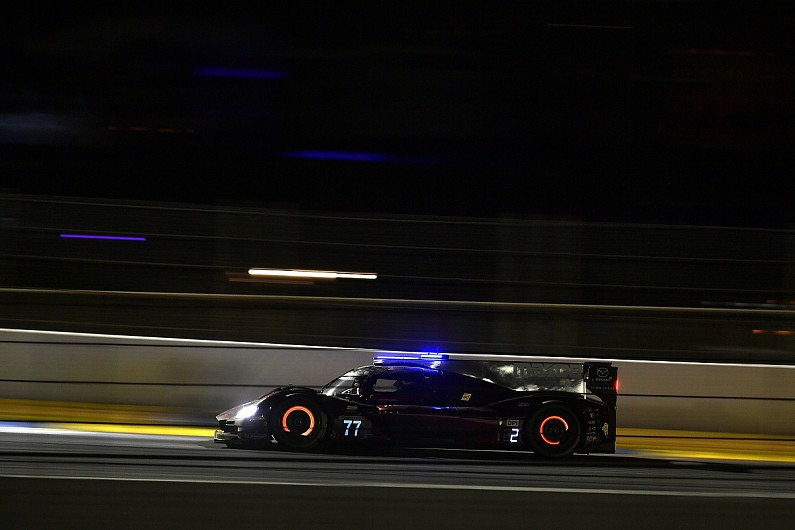 PR1/Mathiasen Motorsports has listed WEC LMP2 driver Gabriel Aubry in both of its Oreca 07 entries, with former JDC-Miller driver Simon Trummer and Ben Keating alongside Aubry in the #52 car. No other drivers are listed in the #51 car.

Additionally, Felipe Fraga is listed in the Riley Motorsports Mercedes-AMG GT3 next to Keating and full-time drivers Lawson Aschenbach and Gar Robinson.