Aston Martin Autosport BRDC Young Driver of the Year Award winner Johnathan Hoggard will make his sportscar racing debut in an LMP2 car at the Daytona 24 Hours in January.

Hoggard's drive in a Rick Ware Racing Riley Multimatic LMP2 car is his prize for winning the Sunoco Whelen Challenge, eligible to drivers competing in the BRDC British F3 and British GT championships.

For the past 11 years the Sunoco Whelen Challenge has come with a seat at Daytona, the opening round of the IMSA Sportscar Championship.

The 18-year-old scored a season-high seven victories and pole positions in British F3, as well as eight fastest laps on his way to the runner-up spot behind Clement Novalak, who he beat to the prize drive by having a higher average score across each round.

Hoggard's opportunity with NASCAR squad RWR, which has expanded into prototype racing in the Asian Le Mans Series this year, comes after 2018 BRDC British F3 champion Linus Lundqvist raced a GTD Lamborghini Huracan for the Precision Performance Motorsport team for his prize this year. 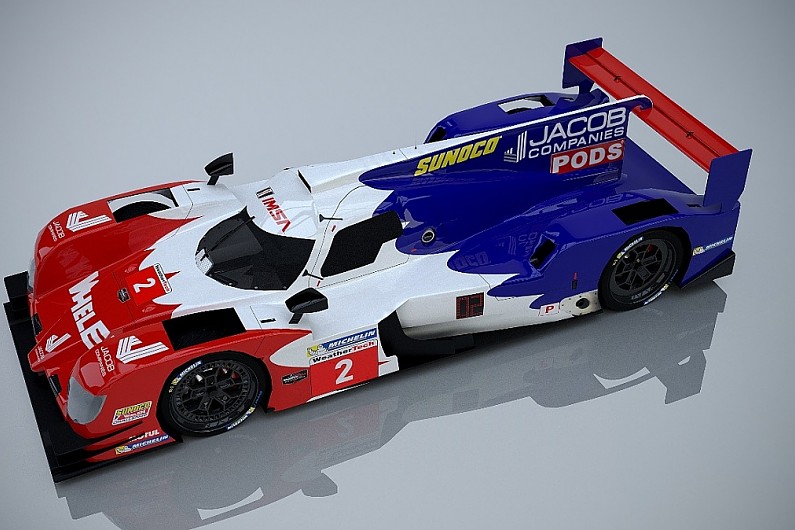 "It's really exciting and quite unexpected, but I am really happy to be racing a prototype," said Hoggard.

"It's more like a single-seater so hopefully, I'll adapt to it quite quickly, so I just have to learn the track as quickly as possible.

"I've done a bit of sim work, but it is never going to be like real life. It's good to learn the layout so at the Roar I can learn everything in the limited time I have.

"It will be a different experience because all your team mates are working together on one car to ensure that you are able to get the best possible result.

"Normally in single seaters, you are the only driver you only have to worry about, however with an extra three team mates it is definitely going to make it very interesting.

"This drive wouldn't be possible without Anders, Sonny, and Rick being so generous. Coming into the year this was something that would have been great so to win it and be in the position I am now is incredible."

Hoggard, whose only previous experience in sportscars came when he tested the Ligier JSP3 and Aston Martin Vantage GT3 in the AMABA tests, will share with Indianapolis 500 regular James Davison and RWR's Asian LMS pairing of Cody Ware and Mark Kvamme.

IMSA's LMP2 class was separated from the premier DPi class last year, with the lineups required to include at least one amateur-graded driver and, unlike the manufacturer modified bodywork and powertrains, use the standard Gibson V8 engine and bodywork package.

The Riley Multimatic forms the basis for the race-winning Mazda DPi, but has had little success in global LMP2 competition since its introduction in 2017, with ORECA and Ligier largely dominating the market.

It's best result in IMSA to date is the third place scored by the Visit Florida Racing crew at the 24 Hours in 2017.