The news follows on from the track celebrating its 50th anniversary celebration in June.

Thruxton and Historic Promotions have teamed up to deliver high-profile historic races for the Thruxton Motorsport Celebration over the weekend of June 1-2.

Historic Promotions is fronted by Duncan Wiltshire, the boss of Motor Racing Legends, so MRL's race series will be at the heart of next year's event, taking in Heritage Touring Cars, Woodcote Trophy, Stirling Moss Trophy and possibly Pre-War Sports.

It is expected that MRL categories will have an increased presence in the 2019 event.

The weekend will celebrate motorsport and the automotive industry, including displays and demonstrations.

"The 2018 Thruxton 50th Anniversary Celebration weekend was a huge success and we were delighted to be taking part with historic grids from Motor Racing Legends," said Wiltshire.

"Historic Promotions is now very much looking forward to working with Thruxton to launch and develop its exciting new Thruxton Motorsport Celebration.

"We're aiming to bring all our experience and enthusiasm to this new event at one of the most historic circuits in the country." 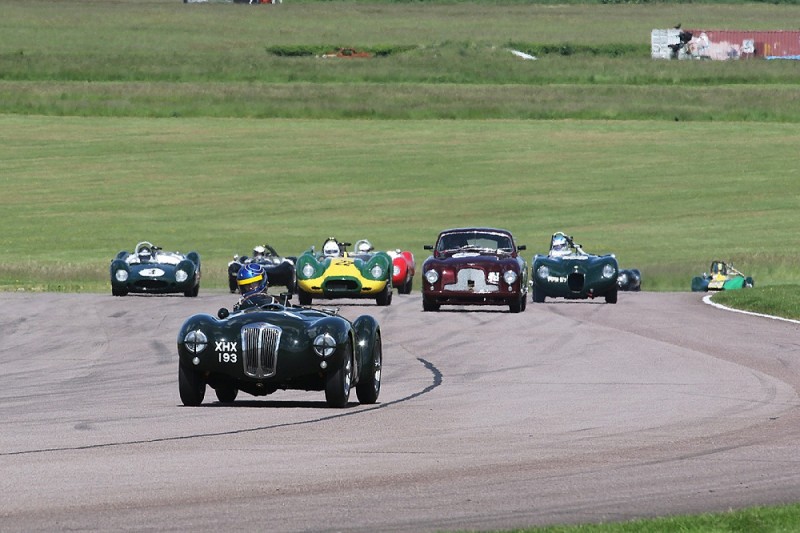 Bill Coombs, MD at Thruxton said: "It's been a year to remember for Thruxton Circuit with a host of events to mark our Golden Jubilee prompting overwhelmingly positive feedback from visitors.

"It is by reminiscing about our illustrious history that we became inspired for the future with the launch of the Thruxton Motorsport Celebration.

"We're certain it will become a huge regional summer highlight for years to come."

For many of the cars and drivers competing in June, the event was a rare, if not first, taste of the high-speed Hampshire track as Thruxton does not usually feature in the major historic racing schedules, despite a 50-year continuous history and roots dating back to the 1950s.