Chandhok will drive the ex-Keke Rosberg Ford Cosworth DFV-powered FW08C on some swift laps of the high-speed Hampshire track and says it will be a big thrill to drive the car in which Ayrton Senna had his first F1 test.

"It looks like it's going to be a lot of fun and I'm really excited for the event," said Chandhok, a keen follower of motorsport history.

"I've driven the Williams FW08C a few times before. It's a very special car with its manual gearbox and Ford DFV engine. It's a truly iconic piece of kit, and there aren't many opportunities to see these cars in action anymore.

"I'll be giving it a blast at the Monaco Historic Grand Prix before Thruxton's 50th, which will serve as a nice warm-up.

"I'd obviously love to open it up properly, but at the same time, I'm very conscious that this car is being wheeled out of a museum for me. 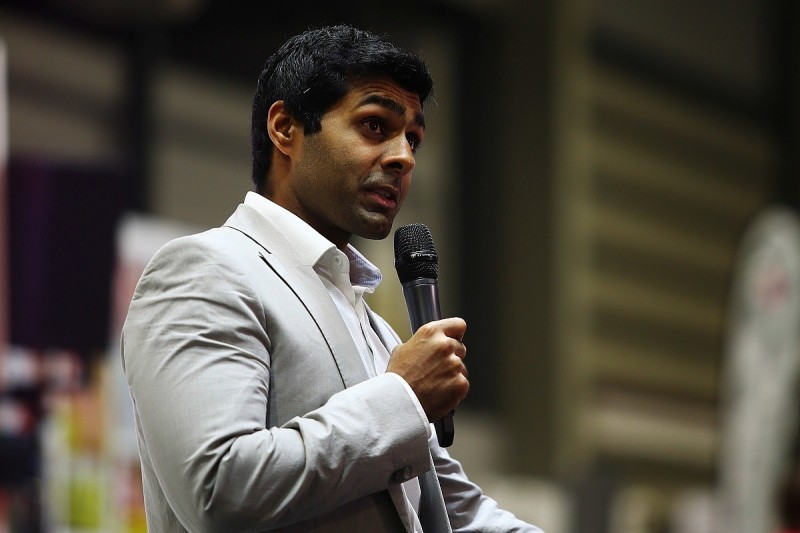 "That said, as a racing driver, you're never inclined to take it particularly easy, and I'll certainly do my utmost to put on a real show for everybody watching."

"I've not driven at Thruxton since 2003, back in my British F3 days, so it's been a little while but I always loved racing there," said Chandhok.

"It's a unique challenge with its bumps and big kerbs - a proper old-school track.

"I love coming to Thruxton to spectate, too - it's every bit as enjoyable for fans as it is competitors."

During the 50th anniversary weekend, Thruxton's new £2million hospitality facility will be officially opened at 12 noon on Sunday by Nigel Mansell CBE and Murray Walker OBE.