To mark the 50th anniversary of the US debut of the stock-block V8-engined single-seater category, which was first branded Formula A, an amazing line-up of cars from the late 1960s and '70s will run in high-speed demonstration sessions at the Sussex track over the March 17-18 weekend.

Cars from the category, which briefly rivalled Formula 1 for lap times at its peak, have never appeared in public at Goodwood and 30 Formula 5000s cars have rarely graced one UK event.

The chance to drive the prodigiously fast cars around Goodwood has attracted interest from as far away as New Zealand as well as some cars that are no longer raced, but are still suitable for demonstration runs.

As with all such sessions at the Members' Meeting, drivers will be able to fully demonstrate the noise of the cars. 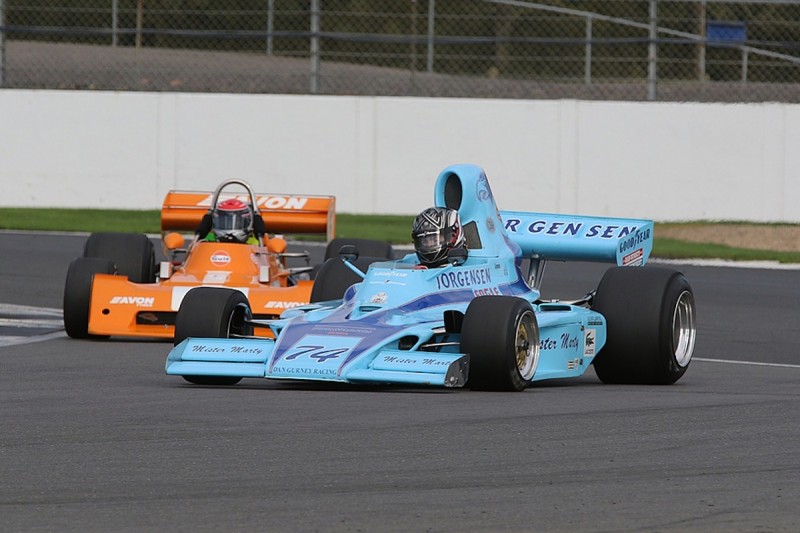 Among those due at Goodwood are period F5000 racer Tony Trimmer in a Lola T330/2 from the stable of Frank Lyons, the prime mover in the success of F5000 as a historic category.

Lyons' son Michael will also take part in a Lola T400, one of four cars from the Lyons family collection. Modern GT and sports-prototype racer Michael is a regular winner in period Formula 5000 races under the Derek Bell Trophy banner.

The ex-Sid Taylor Racing McLaren M10B of Mark Longmore has a special Goodwood connection as this is the car raced to the 1970 European F5000 title by the late Peter Gethin.

For many years after his retirement from racing, 1971 Italian Grand Prix winner Gethin ran his performance driving school at the Sussex track.

Two rare New Zealand-built Begg Formula 5000s will be shipped around the world by Scott and Lindsay O'Donnell who will bring two of the seven Beggs built between 1968 and '74 from New Zealand.

"For me it completes a mission of restoring and racing this car over the last 15 years to celebrate the 'Kiwi ingenuity' of characters like George Begg," said Lindsay, who drives a 1972 FM4.

"Apart from celebrating the tiny Begg marque in the 50-year demonstration of F5000, it's a great privilege to be invited to take part in a Goodwood event."

In total nearly a dozen manufacturers will be represented, with Lola cars accounting for close to a third of the field.