Classic rallying in the UK restarted over the weekend when the Historic Endurance Rally Organisation ran the first major event since lockdown began in the wake of the COVID-19 pandemic.

Although much of special stage rallying remains halted due to rules on the number of people permitted within forests, classic rallying has successfully resumed and 94 competitors took part in the Bicester Challenge 2 event, which started and finished at the Bicester Heritage site on Saturday.

Among those applauding the organisers and competitors was David Richards, chairman of Motorsport UK, who visited the lunch break at Gaydon Motor Heritage Centre.

"In the current environment I think the team at Motorsport UK has done an incredible job, putting lots of things in place, well ahead of other sports I hasten to add, to allow our licence holders and competitors to take part in events like this," he said.

The HERO made many changes to normal procedures in the running of the rally, which followed the well-established format of timed special tests on private land and low-speed regularity sections on public roads. The 150-mile route took in special tests at Bicester Heritage and the rally school venue at Turweston.

Online signing-on and revisions to scrutineering and marshalling practices were some of the changes needed to make the event COVID-19 compliant and there was no awards ceremony. However, the event drew widespread praise from competitors including a gaggle of rallying novices. 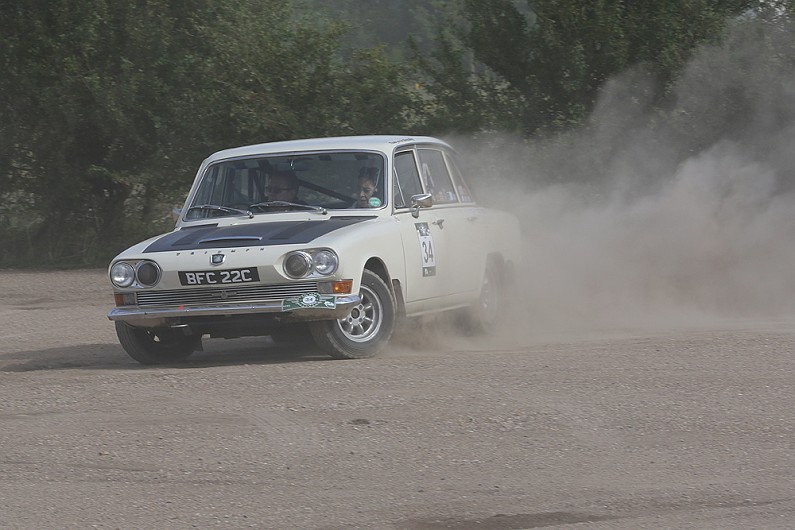 Darren Everitt and Susan Dixon (above) won the hotly contested event in their 1965 Triumph 2000. "The results looked okay at lunchtime but then to carry on and get the win was a big surprise," said Everitt. Paul Bloxidge and his 14-year-old grandson Oli Waldock scored a fine second place in their VW Golf GTi to bely Oli's limited co-driving experience.

Although HERO ran a novice-only event in late August, the Bicester Challenge 2 was the UK's first major rally of this type since March. The next HERO event, the Summer Trial, will run at the end of September over two and a half days from a base at Telford.