BRDC member Mike Garton, a successful racer who moved into a senior scrutineering role in the sport, has died at the age of 84 after a short battle with cancer.

Garton (pictured above, second from left) started competing on two wheels in the late 1950s and then had his first race in an Austin Healey Sprite at Mallory Park in 1961.

For the rest of the 1960s he raced a variety of British sportscars at national and international level, including Sprites, MGBs, and a Mini Marcos (below).

He loved to race on the Nurburgring Nordschleife and became quite a specialist on the 14-mile track.

He had class success in the Nurburgring 500km and even raced in the European Touring Car Championship. 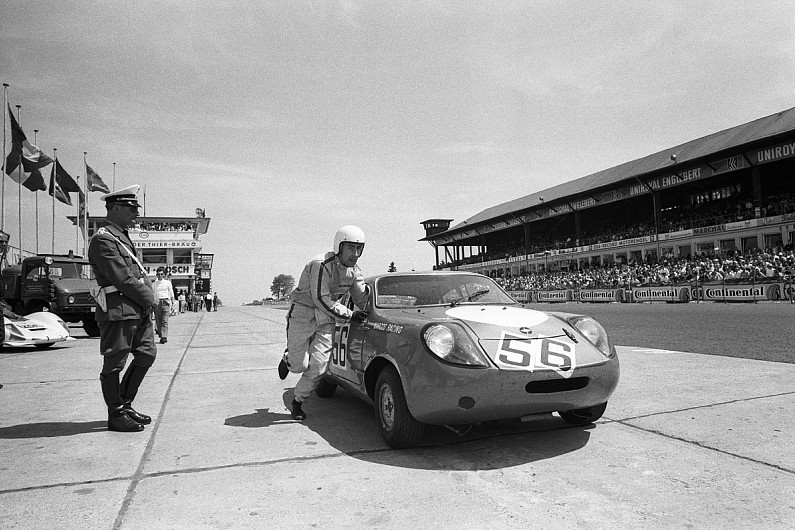 They took seventh place in the Barcelona 1000Kms and second in the Group 5 class and raced all three cars in a range of international races.

After retiring from racing in 1972, he became chief scrutineer for the BRDC and later oversaw the various Rover one-make race championships.

He was then appointed as an MSA technical commissioner and FIA technical delegate with a principal involvement in Group C racing for many years.

He remained a proud BRDC member until the end of his life. Racer Martin Short had many dealings with Garton, often in the scrutineering bay in the Rover era.

"Over the years we had many run-ins, with me bending the rules and Mike catching me out and spanking me royally," he recalled.

"He was hard, and fair, and honest.

"We were always friends, and he would take the mickey every time I saw him.

"He always remembered his friends. You always knew where you were with Mike, mostly at the end of his wicked humour."