The French rally event Tour Auto Optic 200 will honour British sportscar manufacturers that are no longer in business.

The well-known event takes place on April 30 and begins in Paris with a five-day route taking in 10 closed road special stages and four races at Dijon, Magny Cours, Charade and Le Mans Bugatti.

The Peter Auto-organised tour finishes at Deauville on the north coast of France on Saturday, May 4.

With a capacity field split between the full-on competitive event and the more gentle regularity rally, the 240 cars will include examples of several lost British marques.

Competing cars must be of a type that competed in the original Tour de France, which has a history dating back to 1899.

Most of the cars in the entry list are from the 1950-70s. Notable cars include the 1953 Sunbeam Alpine Roadster entered in the Regularity category by Nigel Palmer and David Webb.

The Alpine was once a factory entry for Peter Collins in the 1953 and 1954 Alpine Cups. 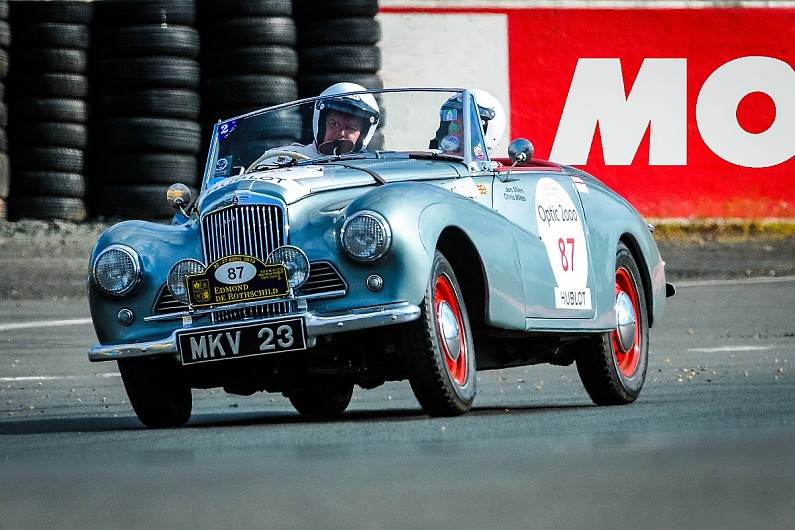 The 1949 Healey Silverstone entered by the Japanese team of Satoshi and Yayoi Koshikawa in the Regularity category is a rare streamlined version with headlights positioned behind the radiator grille to improve aerodynamics.

The car finished second overall in the Alpine Rally in 1949 driven by Donald Healey before taking 16th overall and fourth in class in the Targa Florio the following year.

Running in the competition category is a 1953 Frazer Nash Le Mans Coupe for French crew Pierre Macchi and Isabelle Martrou.

The entry also includes leading British crew James Cottingham and Andrew Smith who will aim for the main pre-1966 award in their AC Cobra.

Later cars include the DFV-powered Ligier JS2 driven by a driver under the pseudonym of Mr John of B, as well as Ford GT40s, Ferrari 308s and a brace of De Tomaso Panteras.