Vautier headed the field on the opening lap after passing poleman Enzo Ide, and quickly built a healthy three second lead over Maxime Soulet, who followed Vautier past the WRT Audi a lap later.

Soulet followed Vautier into the pits for the mandatory driver change, with the Mercedes retaining the lead in the hands of Swede Felix Rosenqvist.

Andy Soucek took over the Bentley and was lucky to escape punishment for an unsafe release following his stop.

From then on in, Rosenqvist was never headed and the reigning European F3 champion stroked his Mercedes home perfectly for its maiden win of the season. 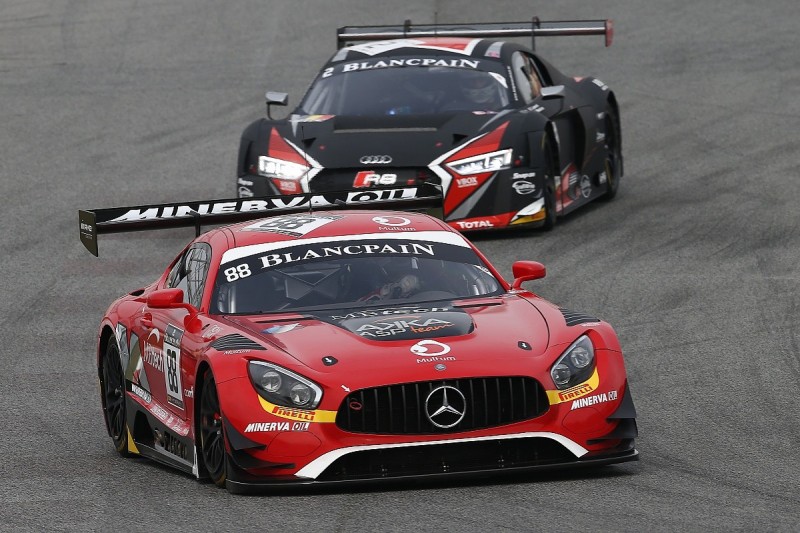 Behind, the battle for second was hotting up as Frijns, who took over from Ide two laps after the leaders stopped, closed to within a second of Soucek.

Frijns set consecutive fastest laps and continued to pressurise the Bentley in front but was unable to find a way past despite the pair almost colliding on the final lap.

He would eventually settle for third at the flag, but that was enough to seal the Sprint Cup title for Ide, who earlier picked up eight points for victory in the qualifying race.

Baumann qualified eighth and endured a difficult start, dropping as low as 10th before recovering from contact with the #85 Mercedes of Clemens Schmid at Turn 3.

He also escaped punishment after a suspected jump start.

Key championship rivals Rob Bell and Alvaro Parente started with a six-point deficit to the Merc drivers, and the McLaren started 16th on the grid following a drive-through penalty Parente received for cutting the first corner in the qualifying race.

Bell could not make the necessary progress and once he handed the 650S GT3 over to his Portuguese team-mate they were still embroiled in midfield battles and eventually finished 13th.

Buhk and Baumann were immersed in a frenetic battle for sixth with Alessio Picariello's Audi in front and the Lamborghini of Luca Stolz behind, and eventually a low-key eighth secured the overall Blancpain crown.