Mortara, a winner of five races in Macau previously, led for much of qualifying and lowered his benchmark time in the closing minutes to clinch a second pole in as many years for the GT race.

The Italian's eventual best time aboard his Team Driving Academy Mercedes-AMG GT3 was a 2m17.565s, although his previous best - a 2m17.657s - would have been enough for first place on its own as Daniel Juncadella ended up 0.282 seconds adrift.

Juncadella won the Macau Grand Prix in 2012 but is making his debut in the GT race on the Guai circuit this year, and dragged his similar Team Driving Academy car up to second in the final minute of the session ahead of two-time GT race winner Maro Engel and Raffaele Marciello in their respective GruppeM Racing Mercedes-AMG GT3s. 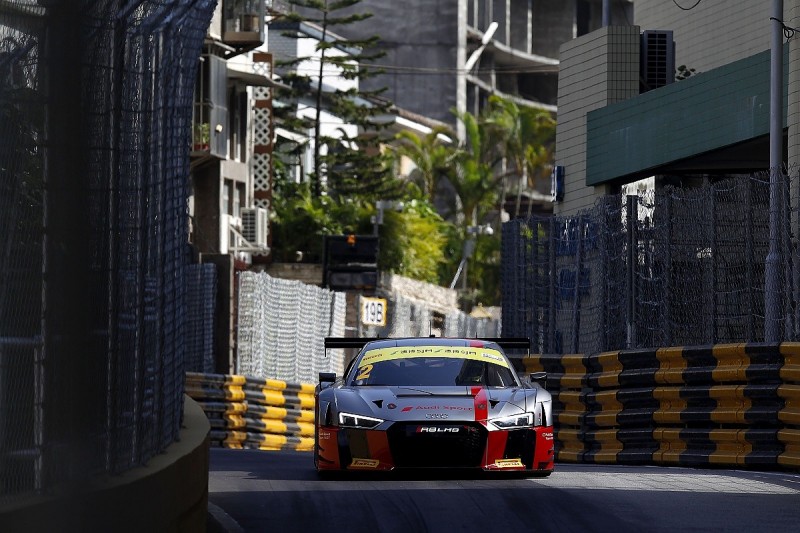 Audi DTM regular Nico Muller wound up best of the rest in his Team WRT Audi R8 LMS, and was just 0.008s slower than Marciello, while Augusto Farfus was seventh ahead of fellow BMW driver Tom Blomqvist, who like Juncadella is making his first GT appearance in Macau this weekend.

Markus Pommer was the leading Silver driver in eighth in his Aust Motorsport Audi R8 LMS, ahead of Laurens Vanthoor in his Craft Bamboo Racing Porsche 911 GT3-R and Lucas di Grassi.

Vanthoor crashed right at the end of the half-hour session after losing his 911 on the exit of Fishermen's Bend and hit the inside wall.

Second practice pacesetter Robin Frijns (Audi R8 LMS) had been fastest early on but also made a mistake at Fishermen's, although he was able to get back to the pits under his own steam before returning to the circuit to record the 17th fastest time.