LeMans' Kazuya Oshima and Kenta Yamashita were left to squabble in the lower reaches of the top 10 in the first half of the race, handicapped by ballast equivalent to 70kg. However, two safety cars changed the complexion of the race in its favour, handing it a second GT500 victory in as many races.

After moving into podium contention with the first safety car period, Yamashita dived into the pits for LeMans' third pitstop just before the second SC was deployed for the stranded Kondo Nissan of Jann Mardenborough, which had stopped on the start/finish straight with a blown engine.

Majority of the front-runners elected to stay out, including the NISMO Nissan which had led the much of the race till that point.

That meant when the leaders finally pitted after the SC period ended, Oshima and Yamashita were left with an unassailable one-minute lead at the front of the field.

The two cruised to the finish thereafter, extending their championship lead with five bonus points for the win.

Behind, Yamamoto and Button stayed out of trouble in a race with four GT500 retirees, and several clashes among the frontrunners, to score their first podium finish since the 500km race at the same venue in May. 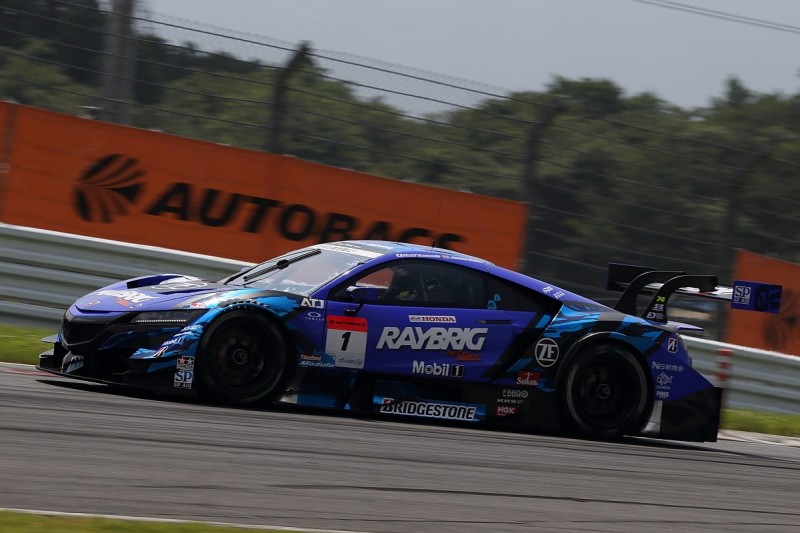 Yamamoto came under pressure from the NISMO Nissan of Ronnie Quintarelli, but manage to stave him off to score 18 crucial championship points - seven more than what they had scored in the first four rounds of the season.

That meant Quintarelli and his teammate Tsugio Matsuda had to settle for third, having led the majority of the race prior to the second safety car intervention. The duo took Nissan's last GT500 win back in the Fuji 500-km race in the summer of 2018.

The #37 TOM'S Lexus of Nick Cassidy and Ryo Hirakawa finished a strong fourth, having started 14th on the grid and dropped to 12th after the first safety car intervention.

Daiki Sasaki and James Rossiter were classified fifth in the Impul Nissan, ahead of the Mugen Honda of Daisuke Nakajima and Hideki Mutoh, which secured its best result of the season in sixth.

Four cars retired from the race, including the Cerumo Lexus of Fuji specialists Yuji Tachikawa and Hiroaki Ishiura, which suffered a major shunt at the 100R due to a loose wheel nut.

The B-Max Nissan of Frederic Makowiecki and Kohei Hirate did make it to the finish, but not before spending several several laps in the garage with a technical issue.

Makowiecki and Hirate had fought with the sister NISMO GT-R for the lead early in the race, and was able to fight back through the field after being pitched into a spin by the Bandoh Lexus of Yuji Kunimoto.

However, the time spent in the garage left it 11th and last of the classified finishers.