British sportscar racer Jann Mardenborough has lost his SUPER GT drive with Kondo Racing and been left without a seat in Nissan's GT500 roster for 2021.

The 29-year-old has been affiliated with the Japanese marque since he became the third winner of the Nissan-backed GT Academy gamer-to-racer competition in 2011, and was the last of the GT Academy drivers still on the factory's books after original winner Lucas Ordonez was dropped after the 2018 season.

Mardenborough has raced in SUPER GT since 2016, stepping up to the top GT500 class for 2017 after a single race-winning GT300 campaign alongside Kazuki Hoshino in a B-Max Racing-run Nissan GT-R NISMO GT3.

His best finish remains a third place at Sugo in 2018 for Team Impul, with a fourth place at Buriram in 2019 the high point of his two-year stint with Kondo alongside Mitsunori Takaboshi.

The Welshman now faces an uncertain future after his seat was taken by former Impul team-mate Daiki Sasaki, who moves across to Kondo to accommodate Formula 2 race winner Nobuharu Matsushita.

In addition to losing his SUPER GT drive, it's understood Mardenborough will no longer have a role in Nissan's Formula E project, in which he has served as a simulator driver. Takaboshi meanwhile is likely to continue as test and reserve driver.

Matsushita took seven victories in the category spanning its GP2/F2 monikers after debuting with ART in 2015, but his fifth season in the series in 2020 with MP Motorsport proved a disappointment with his only win coming from 18th on the grid in the Barcelona feature race. 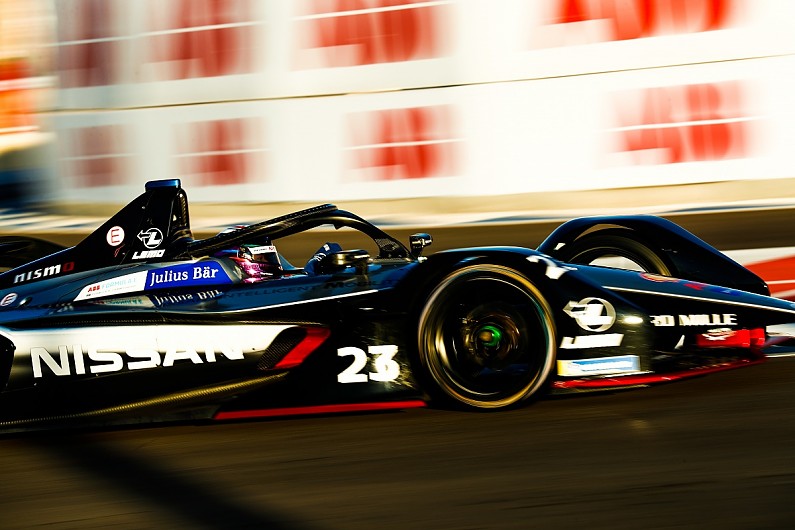 The 27-year-old, who impressed in a driver audition last month at Fuji Speedway, will partner Kazuki Hiramine.

Takao Katagiri, the president of Nissan's sporting arm NISMO, said: "This year, we have welcomed Matsushita to Team Impul. Together with Hiramine, we expect him to take Nissan to the next level and create a sensation in the Japanese motorsport world.

"We are currently preparing and developing the Nissan GT-R NISMO GT500 to make it even more competitive.

"This season, all of us at NISMO, including the team directors, drivers, team staff, and development team, will do our utmost to show the fans exciting racing that only the GT-R can deliver."

Both the flagship NISMO and NDDP/B-Max teams will retain unchanged line-ups for 2021.

Ronnie Quintarelli - now Nissan's only international GT500 driver - will stay alongside Tsugio Matsuda for an eighth consecutive season in NISMO's #23 car, while Kohei Hirate and Katsumasa Chiyo get a second season together in the #3 NDDP/B-Max machine.

Nissan will announce its full worldwide motorsport programme for 2021 in February.