The 2008 Hungarian Grand Prix winner, along with Lexus co-driver Kohei Hirate, clinched the title with victory in the season finale at Motegi.

Unusually, the final event of the championship was a double-header, with a race added in place of the one originally scheduled for Autopolis in May.

That race was cancelled following the Kumamoto earthquakes that caused extensive damage in the Oita Prefecture in which the circuit is located.

Kovalainen and Hirate went into the double-header fourth in the championship, 11 points behind the lead held by Nissan's reigning champion pairing Tsugio Matsuda and Ronnie Quintarelli.

Second place behind Daiki Sasaki and Masataka Yanagida in Saturday's first race, which Hirate led from the start after Kovalainen took pole position before they dropped behind thanks to the eventual winners not changing tyres, put them into the lead of the championship. 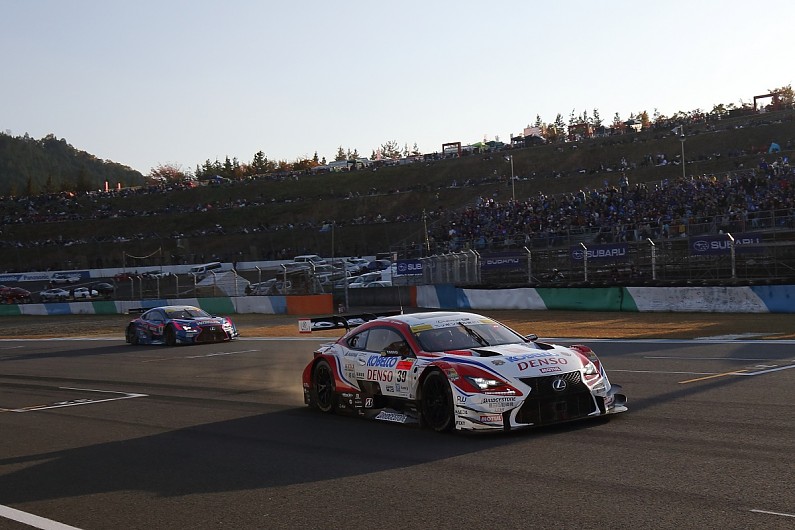 While Kovalainen and Hirate had a three-point lead over Matsuda and Quintarelli going into Sunday's finale, in total seven crews went into the last race still in contention for the title.

Hirate took pole for the second race, holding onto the lead at the start ahead of Andrea Caldarelli, who along with team-mate Kazuya Oshima was still in the hunt for the crown,

During the pitstops, they retained the lead with Kovalainen taking over, but despite coming under pressure from Oshima in the closing stages he held on to win the race by just 0.472 seconds to take the title by 13 points.

This was Kovalainen's first victory in Super GT, and gave Team SARD its first Super GT title in 23 seasons in the category - although it was Hirate's second crown to go with his 2013 triumph.

Kovalainen last won a championship in 2004, taking the Dallara-Nissan World Series crown before being pipped by Nico Rosberg in the inaugural GP2 title fight a year later.

Oshima and Caldarelli took second in the championship, with Matsuda and Quintarelli dropping to third after finishing seventh in the final race.