High-tech warning light panels are to be rolled out across all Formula 1 and MotoGP tracks from 2022, as part of a new safety initiative

The lights have already become a regular in F1, with the extra marshalling indicators being used to help bolster the more traditional warning flags.

They are used to indicate a wealth of information beyond the usual flag signals, including weather status updates, safety or virtual safety car deployment and if the pitlane is closed.

At the moment, the light panels are transported from race-to-race by F1's promoter, so are not permanent fixtures at tracks.

However, following discussions between the international governing bodies of both car racing (FIA) and motorcycle racing (FIM), a plan has been agreed for tracks to now be required to install the light panels themselves.

This means that the safety levels used almost exclusively in F1 will now be available to a host of other motor racing and motorcycle categories.

As part of a new requirement, all the FIA's Grade 1 circuits which host F1 and FIM's Grade A circuits that host MotoGP must fit the homologate light panels from 2022. Up until now, MotoGP has not regularly had light panels available. 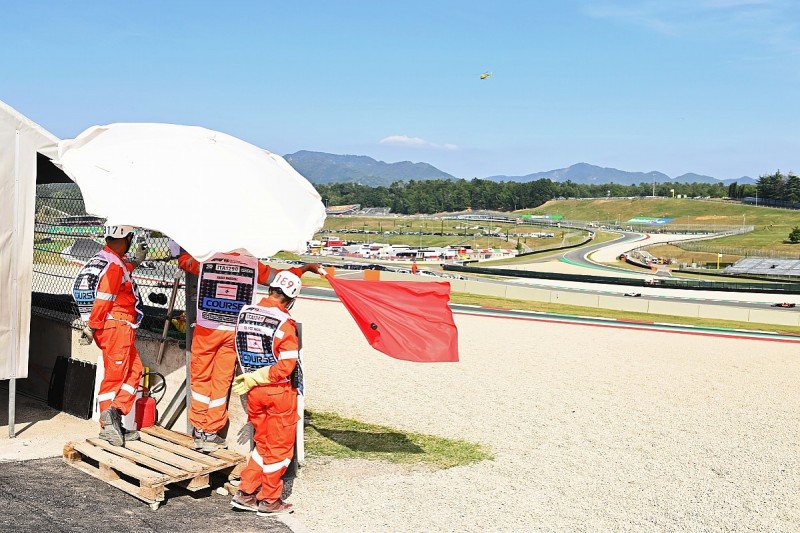 For 2023, other circuits which host the World Endurance Championship and World Superbikes must also fit the lights.

Stuart Robertson, FIA Head of Circuit and Rally Safety, said: "This is another important step in the collaboration between the FIA and FIM on circuit safety. It will ensure that all championships that race on these top-level circuits can have access to the latest safety innovations."

Franck Vayssié, FIM Circuit Racing Commission Director, added: "The FIM and FIA share a strong bond in terms of safety and this further strengthens that cooperation.

"Making these light panels mandatory at FIM circuits that host MotoGP, Superbike and Endurance World Championships will help to ensure the highest levels of safety for all series that race on these top-level tracks."

Yellow flag warnings have been a hot topic in MotoGP in 2020 following the introduction of a new rule which has led to riders having laps in practice and qualifying cancelled for passing through yellow flag zones.

The rule has been heavily criticised, in large part due to the difficulties in riders actually seeing the flags being waved at some circuits, with a number of riders calling for MotoGP to introduce the light panels currently in use in F1.