Volkswagen will not defend I.D. R's Pikes Peak record in 2019

Volkswagen has confirmed that the Pikes Peak record-smashing I.D. R will not defend its title in 2019, but it could be used to help in the development of new projects

Volkswagen will now stay away from America's Mountain, but keep a watchful eye over its record.

Its motorsport director Sven Smeets told Autosport: "It is decided we will not go back to Pikes Peak.

"We spoke to our marketing and communications [departments] and, in one way, I fully understand about chasing your own record: you go there with an improved car, with Romain [Dumas] and then it rains and you get nothing...

"We have the record, so now it's up to somebody to take it away. We are very, very proud of this record, so as soon as somebody challenges [it] and maybe takes it away, you can be sure that I think we would have support around here to go and take it back."

Smeets wouldn't be drawn on where the firm's all-electric race car might be seen next, but an attempt on Porsche's new Nordschleife benchmark could be on the agenda.

Porsche's 919 Hybrid Evo, an unrestricted version of its LMP1 World Endurance Championship car, unofficially smashed Stefan Bellof's outright lap record for the Nurburgring-Nordschleife by almost a minute in the hands of Timo Bernhard.

Volkswagen is now looking to improve its I.D. Rs - it has one race car and one test car - and the two machines are on world tours. 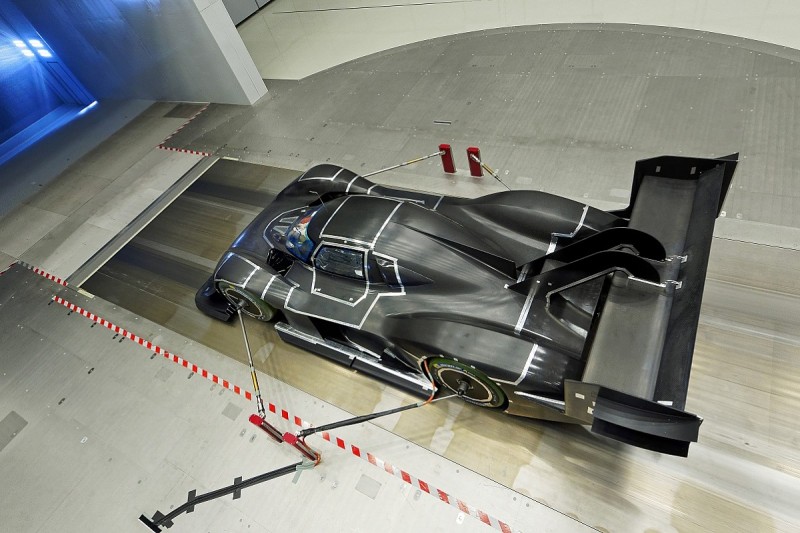 "I think you know that F-X [Francois-Xavier Demaison, Volkswagen technical director] knows there is more to come out of the car," said Smeets. "And even if there wasn't, he's an engineer, so he would want to make some changes!

"We are working on a few possible programmes that we could do with this car and I think very soon we can fix them. We are in the final stages of a decision yes or no, but it looks like we will do something similar next year."

Volkswagen has made no secret of the fact the Pikes Peak programme was a testbed for a potential e-WRX entry in 2020.

Smeets said continuing the I.D. R development would keep the firm at the forefront for a potential e-WRX entry in 2021.

"We want to continue in this new technology," he said. "There is such a rapid evolution in terms of electric motors.

"If we do go ahead with the projects then we will develop them further and yes, of course, [this would help with e-WRX] and let's say any other [electric] series coming."