TRS, in which Formula 1 drivers Lando Norris and Lance Stroll are recent champions, has previously run Tatuus chassis based upon the Italian constructor's Formula Renault 2.0 machinery.

Now it has commissioned Tatuus to build a run of the Regional F3 chassis - used in Asian F3, the Formula Regional European Championship and W Series - powered by a turbocharged 280bhp Toyota engine.

After shakedowns in Italy in July, the Tatuus ran last week at Hampton Downs in the dry and New Zealand Grand Prix venue Manfeild in the wet, in the hands of two-time TRS champion Daniel Gaunt.

"It was a great couple of days really, and we were able to work our way through a list of jobs effectively," said Gaunt.

"There is a big difference between this car and the previous TRS machines - it's a much bigger car, with more downforce and it's 100kg heavier with all of the modern safety equipment.

"That being said, with nearly 300 horsepower and a turbocharger, it's an extremely quick car."

TRS claims that interest in the 2020 TRS - which runs over five consecutive weekends from mid-January to mid-February - is "huge, with northern hemisphere teams, as well as drivers, keen to be involved".

The series qualifies for F1 superlicence points and, because it runs during the European off-season, drivers can count points from this series as well as from their main championship during the same calendar year. 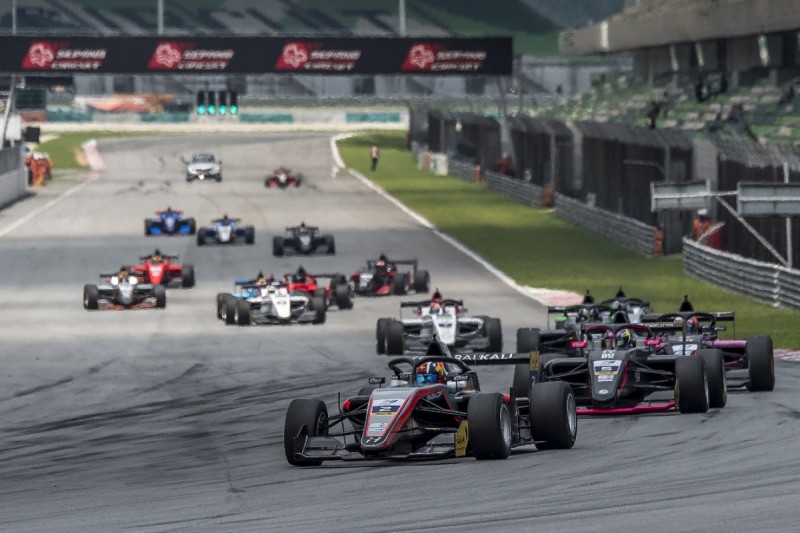 Asian F3 has reprofiled its schedule for 2020 to attract drivers on a quest for superlicence points.

The series, launched in 2018 with Alfa Romeo-powered Tatuus chassis, has had a conventional calendar for each of its first two seasons, but now moves into a direct rivalry with New Zealand's Toyota Racing Series.

That means, like TRS, drivers can count superlicence points from a second championship in the same calendar year, as long as that series finishes before their main programme.

It then races at Yas Marina on 17-18 January and finishes with dates at Sepang (14-15 February) and Thailand's Buriram circuit (22-23 February).

Series organiser Davide de Gobbi said: "The 2020 F3 Asian Championship calendar is designed specifically to meet the needs of the drivers, who are looking to develop their careers as quickly as possible, as well as for the teams.

"With zero compromise on the quality of the championship, we have minimised costs and travel time, maximised the track time, and enabled drivers to earn superlicence points from the championship even before the start of the traditional European and Japanese seasons."

Why the first autonomous overtake is so significant