Hyundai announced last month it would enter two of its development cars in Zhejiang for multiple touring car champions Tarquini and Alain Menu.

The i30, Hyundai's first purpose-built circuit racing car, was granted a temporary homologation by TCR officials, meaning neither Menu or Tarquini were allowed to take part in the second part of qualifying on Saturday despite finishing first and second respectively in the opening phase.

Its temporary homologation also meant the i30 was ineligible for points, which were on offer in the second qualifying segment.

The pair lined up 13th and 14th for the start of race one, but Tarquini - the 2009 World Touring Car champion - charged through the order and made up eight places on the first lap alone to run sixth.

He then took advantage of a squabble between Rob Huff's Volkswagen Golf GTi and the Audi S3 of Frederic Vervisch to move into fourth on lap two, and had picked off Gianni Morbidelli, points leader Jean-Karl Vernay and Pepe Oriola's SEAT Leon by mid-distance in the 19-lap race to claim the lead. 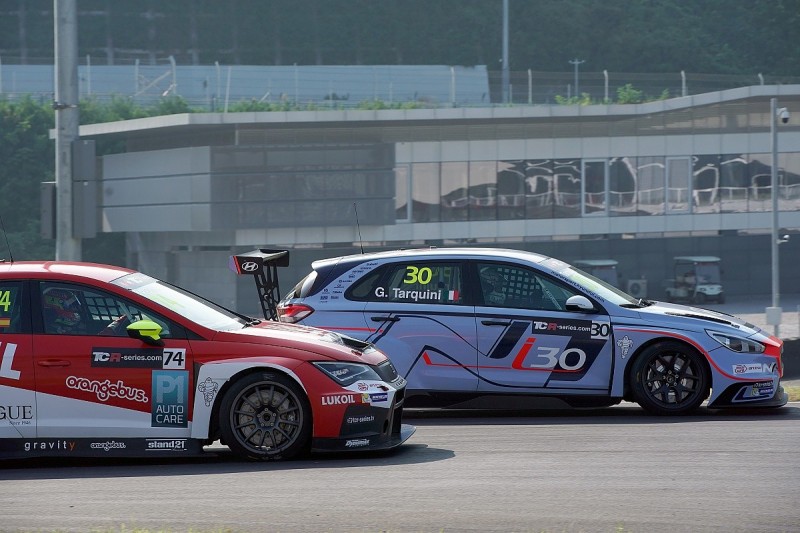 "I certainly did not expect that and this will stay as one of the best memories in my career," said 55-year-old Tarquini.

"To win at our debut just proves that the excellent work done pays off.

"I realised I had a chance to win and pushed hard, despite the fact we had some fears after having encountered problems with the oil radiator in practice and qualifying.

"The weekend really was not bad for a newcomer to the series. At the end of the day, I am a rookie in TCR!"

The i30 was handed a Balance of Performance adjustment before Sunday's second race, with its engine power turned down to 95% and 40 kilograms of ballast added to the car. 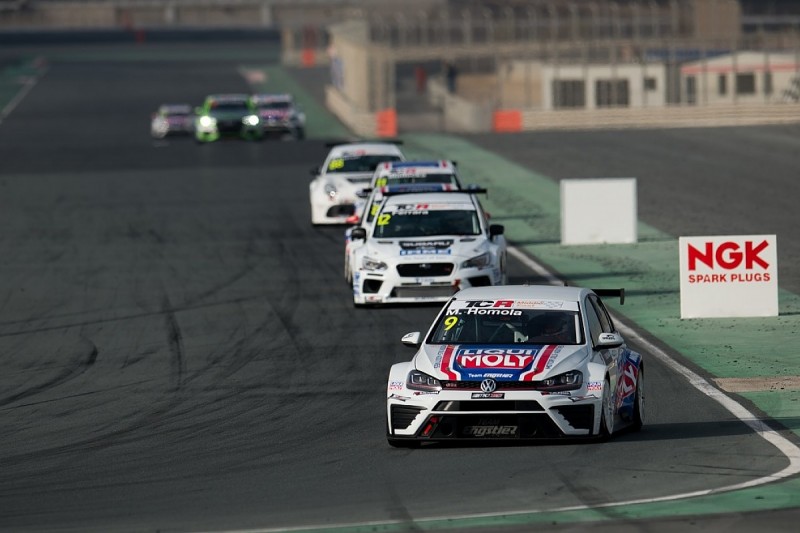 The International Series' season finale has been moved from the Formula 1 support bill in Abu Dhabi on November 25-26 to a standalone event a week earlier at the Dubai Autodrome.

As part of an agreement struck with Formula One Management before its debut season, TCR has joined the undercard at three grands prix for the previous two years.

While it supported F1 in Bahrain, its mooted Monaco Grand Prix support round was canned after the Automobile Club de Monaco blocked the move.

Autosport understands TCR has had little contact from F1's owners in recent months and, while it has made no formal announcement of a date change, the series' website now acknowledges a change of location for the final round.

The finale will instead take place around the 3.39-mile, FIA Grade 1 Dubai circuit on November 17-18.

Motorsport Jobs: How do you find a job in motorsport?