The French driver, who has been linked to a mid-season call-up to Toro Rosso in Formula 1 if Carlos Sainz moves to Renault ahead of the Malaysian Grand Prix, beat 2015 European Formula 3 champion and Formula E race-winner Felix Rosenqvist to the victory.

Ahead of the race, little was known about the durability of Yokohama's new soft compound, which was introduced at the previous round at Motegi - where Gasly scored his first Super Formula win.

While most of the field started on medium tyres, Gasly was among a small bunch of runners that completed their opening stint on the soft rubber.

The now increased durability from the soft tyre meant the 21-year-old rocketed from fifth to second at the start, and he subsequently closed in on polesitter Tomoki Nojiri for the lead.

Unable to find a way past, Gasly switched to the medium tyre on lap 23 of 54, while Njiri, stayed out.

This was the turning point of the race for Gasly as he was much faster than Nojiri on fresh rubber.

As a result, when the Japanese driver finally pitted on lap 38 for softs, he came out several seconds behind the new race leader.

To add to his misery, Nojiri then collided with former F1 driver Kamui Kobayashi at Turn 1 and had to stop again for a fresh nose.

With Nojiri out of contention, Gasly cruised to the finish line to record his second straight Super Formula win and close in on the championship lead, which he is now just 5.5-points behind in the standings with two rounds remaining. 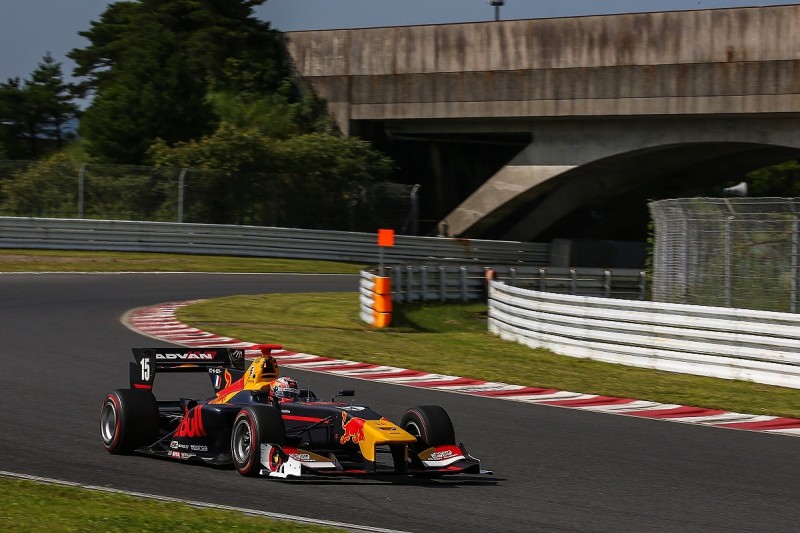 Felix Rosenqvist made it three podium finishes in three races after stopping for soft tyres on lap five.

By limiting the running on the slower compound and running in clear air, he was able to leapfrog several drivers who started ahead of him.

Oshima,Rosenqvist's team-mate, rounded off the podium slots with a similar medium-to-soft strategy.

Koudai Tsukakoshi and Yuhi Sekiguchi rounded out the top 10.

World Endurance Championship star Andre Lotterer retired from the race on the opening lap with suspension damage, which dealt a big blow to his title hopes.

The real-life tricks behind a new gaming giant