The 23-year-old, who is competing with Optimum Motorsport in an Aston Martin Vantage GT4, comes into the season finale fresh off the back of an impressive performance in the Super Trofeo Europe Series.

Butel joined Artline Technology Racing in a Lamborghini Huracan for the latest round at the Nurburgring, and alongside co-driver David Fairbrother the pair took an impressive fourth in class from both races. 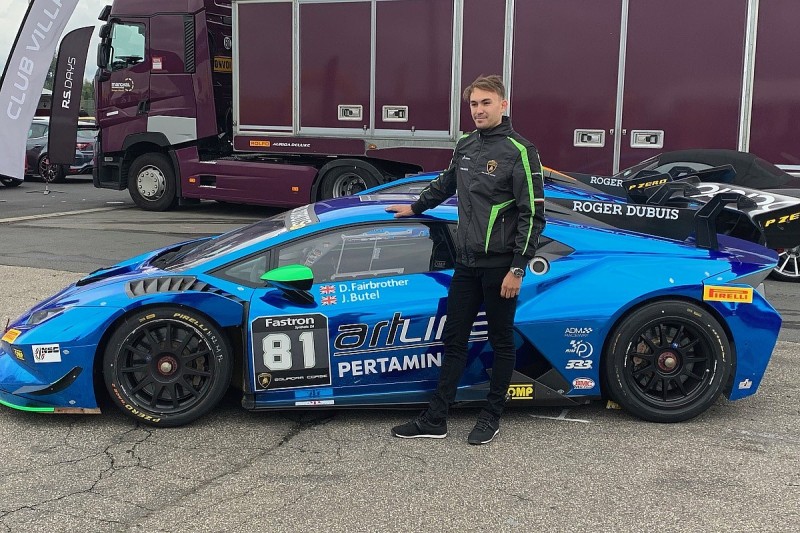 "The weekend went really well and I certainly came off the track with a big smile on my face," said Butel.

"After a difficult season in British GT I wanted to get out on track, enjoy myself and show my potential - and I think we did that, as it's now pleasing to have offers on the table after that weekend.

"I feel really pumped and motivated for the last round of British GT and want to end the season with the best result possible and after that we can look to the future, wherever we decide to race, with confidence."

Butel's maiden British GT season has been a baptism of fire alongside team-mate Connor O'Brien.

The Silver-Silver pairing secured two sixth places in class at the opening round of the season at Oulton Park, before following that up with 10th and 11th in the two one-hour races at Snetterton, as well as seventh in class at Silverstone.

But the pair suffered a retirement at the next round at Donington Park and Spa-Francorchamps before taking 10th in class at the latest round at Brands Hatch last month.

Butel will line up 13th overall in GT4 for the Donington final later on Sunday.

He will be aiming to end the season with a strong result after being one of 23 drivers selected for the Aston Martin Racing Academy in 2019 and is vying for a works drive at the end of the season.