The Isle of Man Superstock TT, which was scheduled for Monday June 3 originally, is set to take place on Tuesday along with three additional qualifying sessions 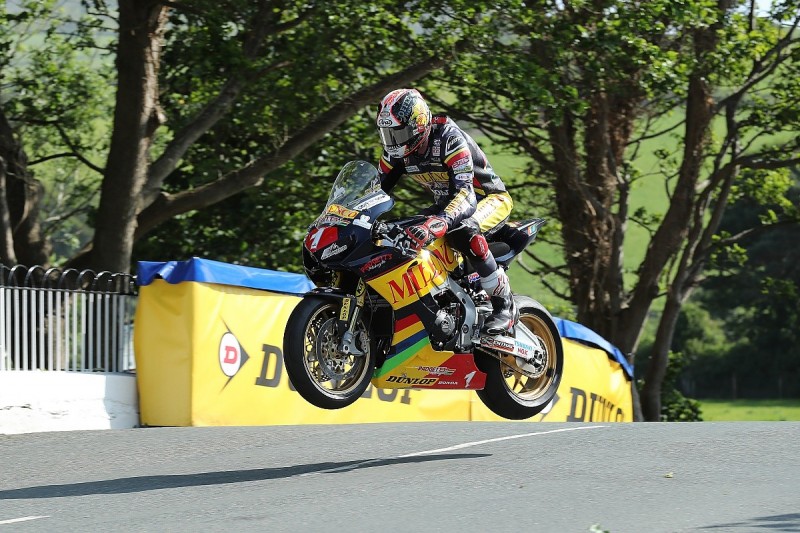 Poor weather affected much of practice week and caused the loss of six days which ultimately forced the opening race day of TT 2019 to Monday.

A three-race schedule on Monday was headlined by the opening Superbike race and the first Sidecar and Supersport contests also took place.

The four-lap STK event was due to run alongside the first SSP race on Monday on the original schedule but will now headline Tuesday's track action 12.15pm local time.

A qualifying practice session for the Sidecars will follow at 2.15pm, with a Lightweight and a Zero TT session due for 3.40pm and 3.55pm.

Should weather prove conducive, Wednesday should run as originally planned with the second SSP race, the LTW race and the Zero TT event forming a packed day.

Smiths Racing's Peter Hickman heads into the STK race as the favourite after securing victory in the SBK race on a hybrid STK S1000RR, while also winning in the class at the North West 200 last month.

Silicone Engineering's Dean Harrison - who was second in the SBK race - led the STK times in practice, following his 129.3mph lap on his Kawasaki last Tuesday.

Just like the SBK race, Monday's SSP finale was shortened to two laps due to a red flag, with Ashcourt Racing's Lee Johnston claiming his maiden TT success.

Monday's racing was hit by tragedy as 27-year-old Daley Mathison died in the crash on the third lap of the SBK race which led to it being halted.