Mike Blanchet, a figure synonymous with Lola Cars having progressed from sales director to joint MD, has died at the age of 74.

Born on the Channel Island of Jersey on 1 January 1948, Blanchet commanded universal respect as a motorsport professional, and was a winner on track as well as in business.

Blanchet always excelled at Thruxton, winning the televised FF2000 race in November 1978, when BRDC Esso champion Peter Morgan, whom he assisted, won in his FF1600 T540. “Mike was an honorable man, and a fine driver,” said Morgan.

While the marque’s subsequent F3 chassis were outnumbered and not consistently competitive against growing Ralt opposition, Blanchet landed second there in the T770/2 ‘wing car’ in 1980, before driving low-budget Ralt and March chassis.

Dutchman Gerrit van Kouwen credits Blanchet for saving his career, by building and loaning him a T642E to win the 1983 Dutch and Benelux FF championships (when his Van Diemen became uncompetitive), then the T644E in which he won the 1984 Festival, and the £5000 prize for the first driver to lap the Indy circuit inside 49 seconds. “Mike was incredibly generous to me, and became a dear friend for life,” he says. These are sentiments echoed by contemporary Rick Morris, who still competes today.

“He was such a brave little bugger,” recalls Terry Blanchet, outlining Mike’s fight against serious illness from the age of 12. He underwent kidney transplant surgery decades ago and throughout his international marketing career had to plan trips to the USA and Japan around dialysis. “It never held him back, and the NHS treated him brilliantly.” 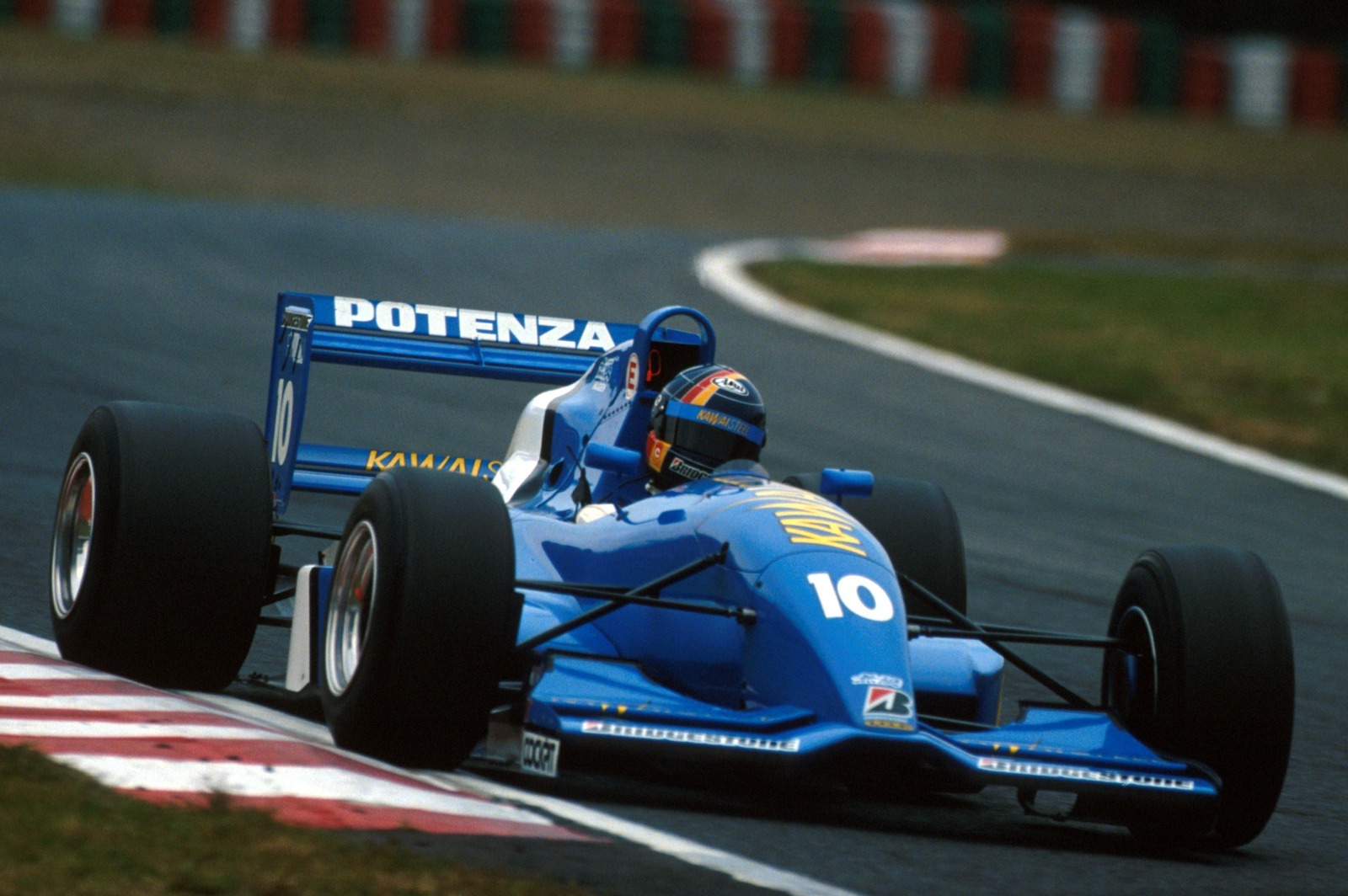 Blanchet oversaw the company's heyday in F3000 and Indycar - its exports to Japan yielding five titles in a row between 1989 and 1993, and opportunities for numerous future F1 aces including Heinz-Harald Frentzen

Despite further terrible setbacks in his life – first wife Polly (remembered by an FF Festival trophy) was killed in a road accident, and second wife Pat died of cancer this May, which came as a dreadful blow as his health declined – Mike never gave up. That was a constant in his business life too.

Having toiled at Lola through difficult times as well as its Formula 3000 and Indycar glory days, early F3000 test driver Blanchet left the Huntingdon fold after its disastrous attempt to turn to F1.

Following a spell with RML, he set up his MBMA motorsport consultancy. Among his major clients was Honda’s Mugen engine division, for which he masterminded a UK hub.

“While never a particularly able mechanic,” according to his brother [who was], Mike also wrote authoritatively for Racecar Engineering magazine.

10 things to look forward to at the 2022 Silverstone Classic