Gasly arrived in Suzuka only half-a-point behind championship leader Hiroaki Ishiura but the Frenchman was denied a chance of fighting for the crown when both races were called off due to the threat of a super typhoon, with Ishiura being declared champion.

Given Gasly skipped the clashing Formula 1 race in Austin to compete in Super Formula, he found it particularly hard to miss out on the title without giving a fight.

"At the moment I'm disappointed because I wanted to race and wanted to fight and it's not gonna happen," he said.

"So it's just a bit hard to accept now, but that's how it is.

"I think one of the things I've learnt today is that some things you can't really control.

"To lose the championship by half a point is something really tough.

"These kind of things are upsetting when they don't go the way you'd like to go." 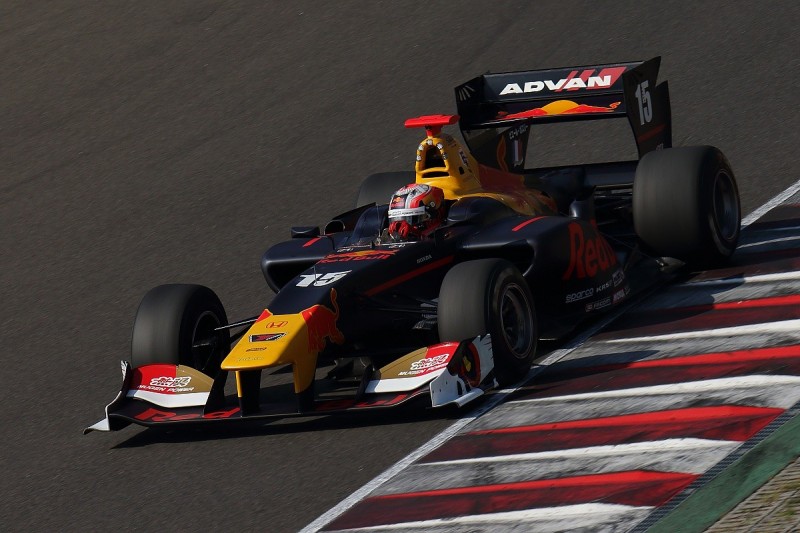 Gasly could have taken the title by securing pole for one of the two cancelled races, with Andre Lotterer and Jann Mardenborough both picking up an extra point apiece.

But he found traffic on at least two of his flying laps in an incident-packed qualifying session, potentially costing him any chance of the bonus points that could have swung his fight with Ishiura.

The 21-year-old had set two purple sector times when Kamui Kobayashi caused one of four red flags, while he had to abort another timed lap after catching a slow Naoki Yamamoto in sector 3 meaning he could only secure eighth and sixth places.

Gasly also spun at Turn 1 right after his encounter with Yamamoto, suggesting he might have aquaplaned due to cold tyres.

"Today we didn't really show our true potential because I didn't have one single [clean] lap," he rued.

"On the first push after red flag I was on cold tyres, so it wasn't really my best lap.

"In the wet I felt very good with the car. I could have fought for pole position.

"If I finished the lap [in which I caught Yamamoto] I would have had pole position and then I would have one point and would have won the championship.

"But if I [would have] finished the lap, then I wouldn't have aquaplaned in Turn 1 and the session would have been different. It's difficult [to say what would have happened]."