Vettel teamed up with Michael Schumacher to win the Nations Cup element of the RoC every year from 2007 to '12, when he last contested the end-of-season head-to-head event.

The Ferrari F1 driver admitted it would be poignant to be at the RoC without Schumacher, who continues his rehabilitation following his 2013 skiing accident.

"Of course I'll miss having Michael as my team-mate this time but I'll try my best to bring the ROC Nations Cup trophy back to Germany and to win my first individual ROC title," said Vettel.

"That is one trophy that is still missing from my collection."

"When he raced at Wembley in 2007 it was still a year before his first F1 grand prix win but it was clear to everyone watching that they were in the presence of something special - not least when he beat World Rally champion Marcus Gronholm in his own rally car," said Johnsson.

"The only huge pity is that Michael won't be able to join him to seek yet another ROC Nations Cup title for Team Germany this year.

"Everyone involved sends Michael our best wishes and rest assured we'll find Seb a worthy team-mate in his absence."

The 2015 RoC takes place at London's Olympic Stadium on November 20-21, with Vettel attending between the Brazilian and Abu Dhabi Grands Prix. 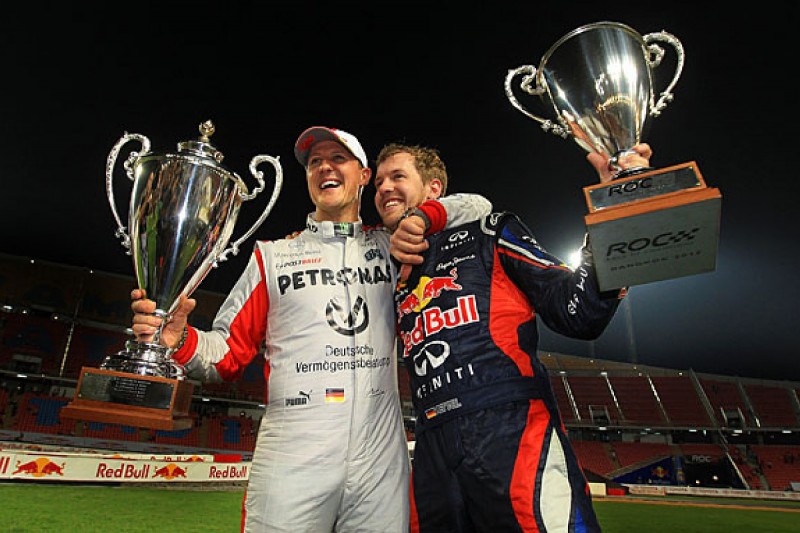 Tom Kristensen and Petter Solberg back for Race of Champions 2015