The Audi driver completed more than 20 laps over half a day's running at Vallelunga in the Tesla Model S P85+ last Saturday.

Di Grassi has been a part of Formula E since its launch and is a keen supporter of the Roborace driverless racing car project.

"As with every other new technology I want to be involved and understand what they want to achieve," di Grassi told Autosport.

"Formula E is very complex and exotic technology, this is a commercial product - turning a road car into a race car by adding slicks and putting the roll cage in and stripping down extra weight.

"The car is very agile because most of the weight is at the bottom, the centre of gravity is very, very low and that's what you need on a racing car.

"There's very little downforce - it's got a rear wing and a front spoiler - but the mechanical grip is quite impressive. Pirelli has made some very soft tyres.

"The problem is the car has thermal limitations. You can have a very fast car on a qualifying lap, then it goes back to nominal power for 15 or 16 laps.

"If you save the temperature you can peak it again. The challenge will be to drive as quickly as possible without overheating the motor."

The P85+ is rear-wheel drive and has a peak power output of 380kW (509bhp), with the 'nominal' power - effectively race trim - around half that.

Di Grassi "can guarantee the new car with its properties will be as quick as a GT3 car" and reckons it will have a similar power-to-weight ratio to LMP2 cars.

This would put Electric GT in the performance ballpark of Super GT's GT500 cars, which were deemed the world's fastest GT cars in an investigation by Autosport last year.

"The new car is much more suitable for the high-performance runs," di Grassi added. "There is more cooling and everything is better dimensionally.

"It may be the fastest GT car out there over a single lap, but not for a race distance, you have to slow down cause of the thermal problem and battery management. 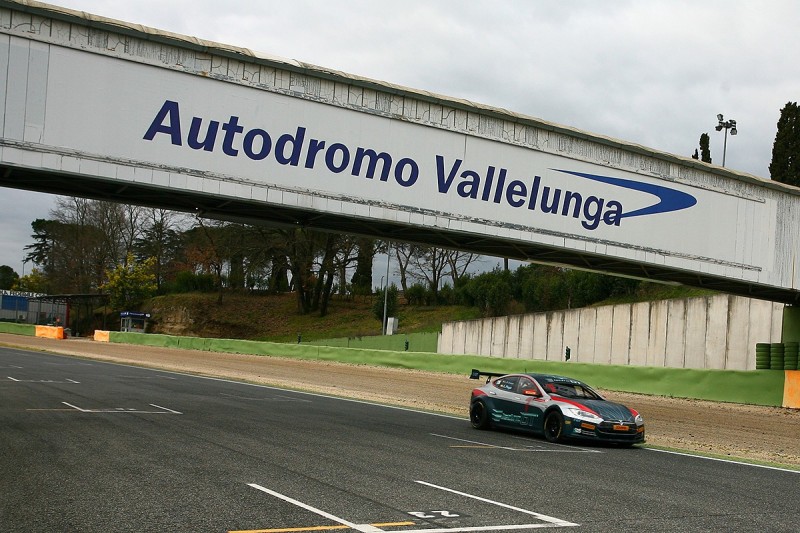 "They need a good downforce package - it has very little downforce at the moment."

Di Grassi believes Electric GT and Formula E can easily co-exist because "one thing has nothing to do with another" and "it's like comparing GTE and Formula 1, or LMP1".

He also said he would consider racing in the championship if Audi allowed him, adding: "It would be nice to be the first ever winner of an electric formula race and then this series."

Electric GT intends to kick off in the second half of 2017, with a handful of races on European circuits such as Silverstone and the Nurburgring.

The likes of ex-Formula 1 drivers Heinz-Harald Frentzen and Karun Chandhok have also tested the development car.