"The first Women Drivers Assessment Programme has been invaluable in providing us with the hard data to support what our detection activities have already revealed: there is a burgeoning pool of quality female drivers performing at a very high level and well prepared for progressing to major championships," said Kristensen.

"We continue to evaluate the detailed results from the first assessment, but our technical and engineering experts were very impressed across the range of evaluation criteria and it was extremely rewarding to discuss the initial findings in the recent FIA Drivers' Commission meeting.

"This collaborative initiative with the FIA Women in Motorsport Commission will better inform the long-term strategy for developing opportunities for women in motorsport, for those already performing at an advanced level, but also in tailoring detection initiatives such as The Girls on Track Karting Challenge, through which we seek to inspire the next generation of young female drivers." 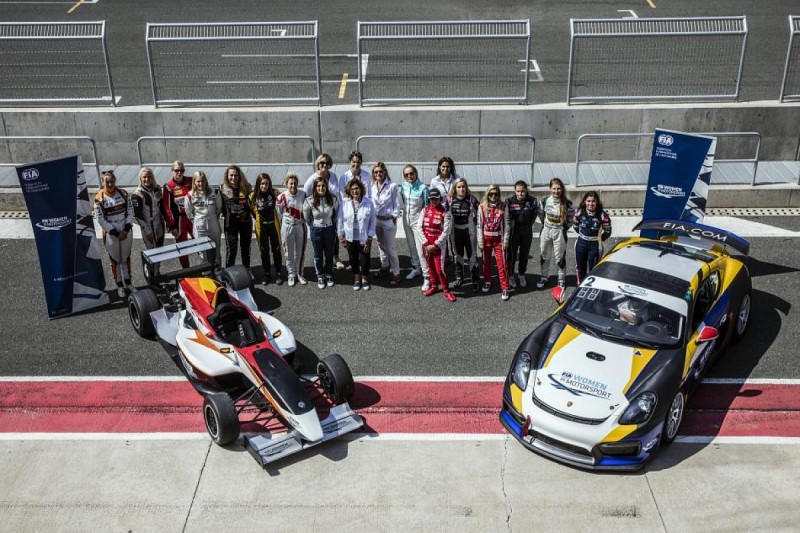 Mouton added: "The Women in Motorsport Commission is continually pushing to create new opportunities for women in our championships and this assessment was important to put us in a stronger position with teams and manufacturers in the future.

"It was interesting that the drivers didn't all know about each other, and also for them to see there is a pool of women at a very good level.

"The assessment was significant for many different reasons and the positive results were greeted with great optimism in the meeting of the FIA Women in Motorsport Commission.

"I hope we have also further encouraged the drivers to be ambassadors for our cause, proudly wear our logo and communicate our values and mission, not just for themselves but as role models for the next generations too."

What the future holds for Lola