Main
Previous / Laps of the Legends - 1992 Isle of Man TT Next / How to be an ace engineer: Iain Watt
General News

Pirelli's head of Formula 1 and car racing Mario Isola has revealed the complex challenges for his company if racing restarts in July, but he sees no insurmountable obstacle that could stop the sport getting the show back on the road

All of Pirelli's motorsport activities have been put on hold during the coronavirus shutdown, resulting in 1,800 of its tyres made for the Australian Grand Prix being scrapped to become fuel for a cement factory.

The COVID-19 pandemic has also hit Pirelli's F1 team with a member of its operations testing positive for the virus after the cancellation of the race in Melbourne.

Speaking exclusively to Autosport as part of the #thinkingforward series of discussions on motorsport's response to the coronavirus crisis, Isola sees Pirelli with some tough tasks to solve; starting with ramping up tyre production in response to a compressed calendar and finding solutions to minimise the risk of virus transmission between his staff and F1 teams at events.

"We need to be 100% sure that we are in a position to supply the tyres, otherwise the event cannot be organised," said Isola.

Isola said calling off the opening 10 races has left Pirelli with a stockpile of tyres that could be used at the first races, but up to 35,000 more tyres would need to be produced quickly once a calendar had been released.

As part of an effort to help Pirelli deliver what is needed, it is likely that F1 will move away from offering teams a choice of compounds for races as has had happened in recent years.

"We are trying to work with an approach of flexibility," he explained. "The current regulation says that we need to know the tyres in advance, by eight weeks for European events and 14 weeks for overseas events. Obviously this is not valid in this particular situation.

"That's why we recovered all the tyres that were shipped to Bahrain, Vietnam, and we have been able to stop the tyres that were leaving for China. On top of that, we already started the production for another couple of events. So we have a stock of tyres that is available immediately for usage.

"But obviously we need visibility on a longer period, to be sure that we are able to supply not just the first or first couple of events but the rest of the season also.

"If we have the first part of the season in Europe and then we move to Asia, and America, in a very short period, it means that for production, it will be quite a busy period.

"We probably have to produce something in the region of roughly 35,000 tyres in probably a couple of months. Not in one year. You can imagine the impact on production. That is quite big.

"We are having discussion with the teams. And I have to say that they are quite flexible in order to find sensible solutions like, for example, standard allocation or some flexibility in this respect to be ready to supply in a very short period of time." 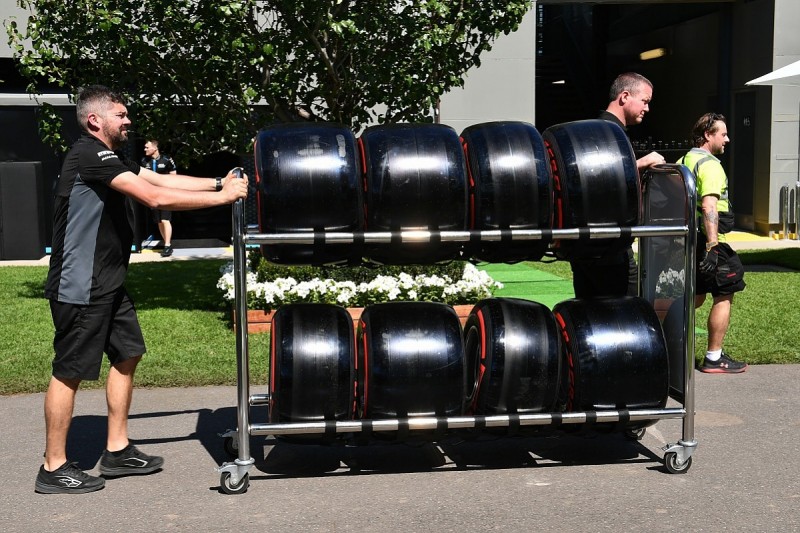 Once racing resumes, Isola thinks beyond cutting back on marketing and communications staff, his company will still need to send its usual amount of tyre fitters, engineers and technician to races - totalling around 45 people.

However, careful planning of its operating space, plus shift work, would minimise the dangers of staff being put too close together and ensure that social distancing could still be respected.

With F1 planning for teams to remain in their own 'bubble' at 'biosphere' events - so they do not mix with other competitors - Isola says the one thing that still needed resolving is how companies like his that work across all outfits can safely operate.

"I know the plan of Formula 1 to keep the teams as a 'bubble' to avoid contacts between teams. The problem is that we are everywhere," he said.

"Pirelli is in every garage with one engineer, and we already discussed that. One question was if it is possible to allocate a space in the garage just for the Pirelli engineer, the tyres and Pirelli technician in order to avoid contact with the team.

"We also have to understand how to attend meetings inside the teams. I prefer if they can do that via video conference for example, because the problem is that if we have anybody in Pirelli that is positive, then the risk is that we spread the virus inside all the 10 teams, or everywhere in the paddock.

"It's a problem that is not just affecting Pirelli, it is affecting all the companies and associations that have contact with all the teams. You can think of the FIA: the FIA has contact with all the teams, for example, different suppliers, helmets, or brakes or any other component that is available to more than one team. So we need also specific procedures and protocols for providers that have this kind of job inside the paddock." 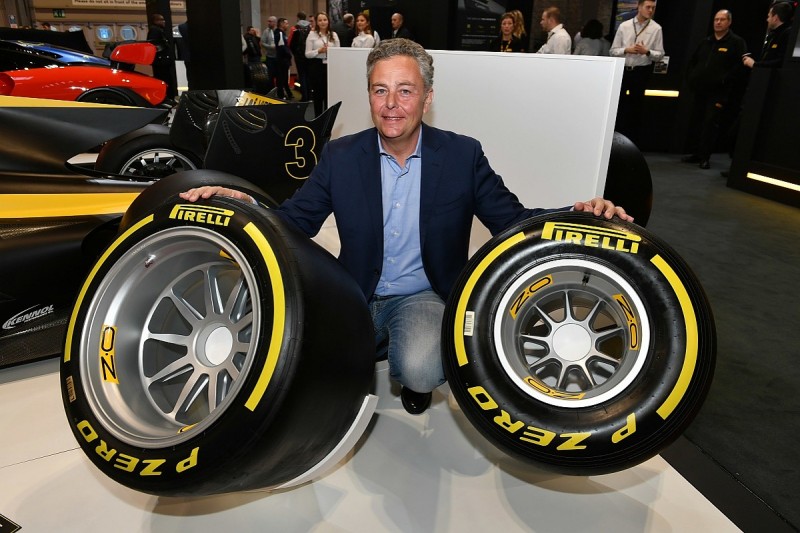 With Pirelli not covered by the current factory shutdowns that have been enforced on F1 teams, Isola has confirmed development work continues on the 18-inch tyres that have been delayed for 2022.

"Obviously we cannot do any outdoor tests. But last week we started our activities, for example with indoor testing," he said.

"We are not subject to the shutdown, like the teams are, so we are working and we can make some analysis or some prototypes to be tested with our indoor facilities before going on track next year."

How to be an ace engineer: Iain Watt