Dean Harrison was fastest overall on Tuesday's Isle of Man TT practices, after topping both the Superbike and Superstock timesheets on his Silicone Engineering Kawasaki 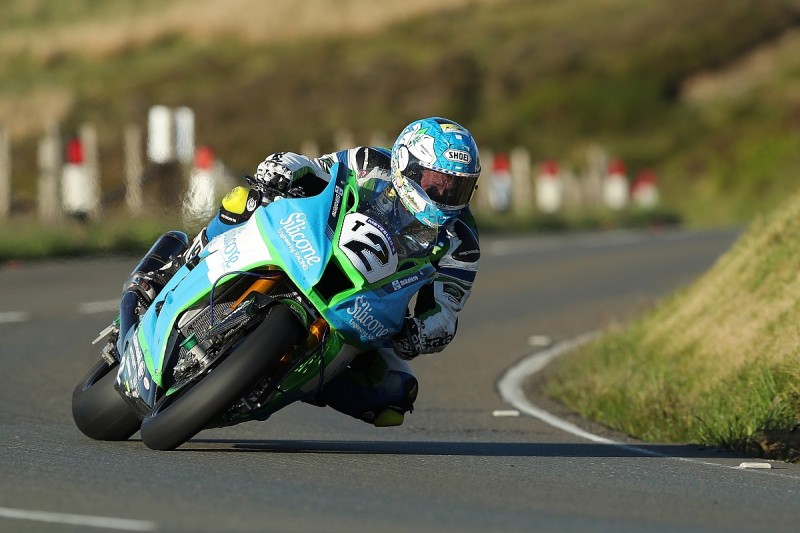 Tuesday's schedule of a combined SBK/STK/Supersport session mimicked that of Monday's running, which was cancelled due to poor weather.

Harrison, who set the pace on Sunday on his SSP machine, was forced to pull off just before the start after his SBK developed an issue, and had to complete the session on his spare ZX-10RR.

Cummins was set to better his time, but was black-flagged due to a suspected technical issue and was forced to abort.

He switched back to his SBK for his final lap of practice, and managed a 17m28.610s at 129.53mph to end Tuesday fastest of all, with Cummins and Bournemouth Kawasaki's James Hillier completing the top three in class.

Tyco BMW's Michael Dunlop was set to usurp Harrison on his final lap, but backed off in the final sector and remained fourth. Michael Rutter rounded out the top five on the Bathams Honda RC213V-S.

Honda's Ian Hutchinson crashed at the 11th milestone, though the 16-time TT winner was reported as OK. He was ninth on the SBK timesheets.

Outright lap record holder Peter Hickman missed the opening night of practice due to his racing commitments in British Superbikes, and endured a frustrating Tuesday after suffering technical problems on his SBK and STK BMWs.

Only completing one lap on his STK machine, he was seventh in class. However, the Smiths Racing rider did top the SSP standings on his Triumph with a lap of 123.92mph.

Derek McGee (B&W/Keever Racing) was around 15s back in second, with Johnston heading Padgetts's John McGuinness - who was 14th in the SBK class on his Norton - and Paul Jordan (Devitt Racing). 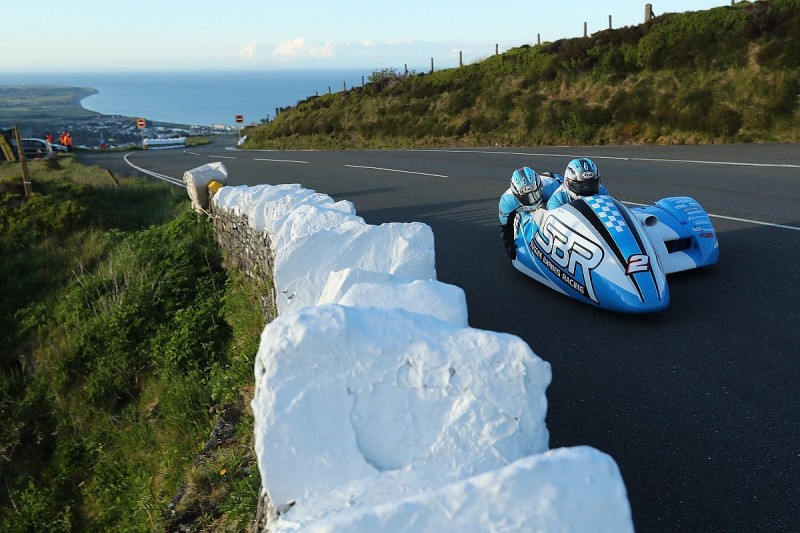 The opening Sidecar session of TT '19 followed on from the solo running, and it was John Holden and passenger Lee Cain who led the way for their Barnes Racing outfit.

Their nearest rivals were the Peter Founds/Jevon Walmsley Rowtec Engineering outfit, though some 6.1s down. Peter's brother Alan Founds and his passenger Jake Lowther completed the top three.

Reigning SDC TT champions and lap record holders Ben and Tom Birchall were a low-key fifth at the end of the first session with a lap of 20m17.685s at 111.55mph.

TT legend Dave Molyneux's 30th anniversary of racing at the event got off to a difficult start, as the 15-time winner and his passenger Harry Payne were forced to stop at Laurel Bank when their DMR LCR machine broken down on its first lap.