Coulthard is one of the backers of the new all-female W Series that will launch next year, which will offer the world's leading female talent the chance to race in Formula 3-spec cars for a $1.5million prize fund.

F1 has not had a female contest a race since Lella Lombardi in 1976, and Coulthard suggested a different approach like an all-female category is required to change the situation.

"W Series is a fundamental change in what has clearly not worked as an opportunity to bring through female talent to the highest level you can.

"What we will establish with W, is we will find out who the best woman is over the course of this championship.

"It undoubtedly will give her a higher level of profile and recognition."

While Coulthard is aware the idea of a female-only championship is not supported by everyone, he believes that without the kind of change W Series will bring the situation for women trying to progress will not improve.

"This is a change in the process and it will create opportunity.

"Will this allow them to grow? Absolutely. Because it is a more structured approach to their development - and an inspiration for girls growing up seeing someone winning and thinking 'I want to do that'." 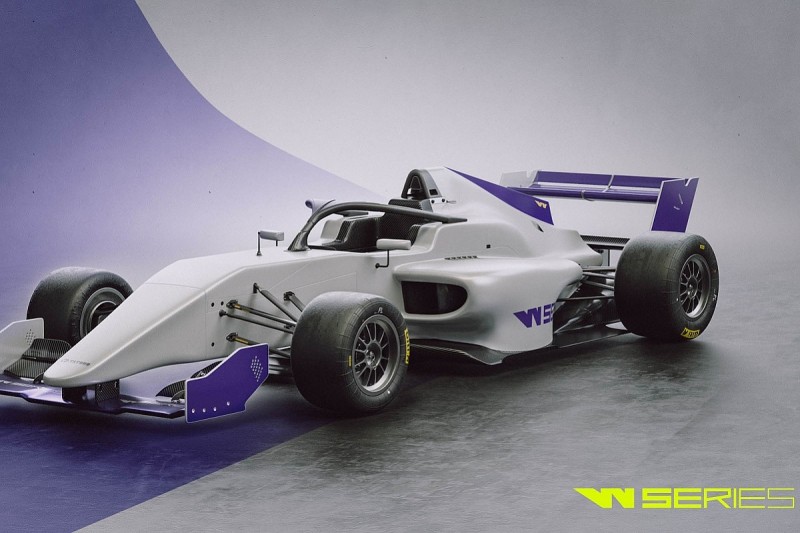 Coulthard said that while the long-term aim is to encourage more young girls into motorsport because they have something to aspire to, W Series will also help those with current F1 ambitions.

"It helps those that are ready and committed to cars right now, like Tatiana [Calderon] and people like that," he added.

"I have had this conversation with Susie Wolff, and they have this big support from the FIA bringing through grass roots. But how long will that take? Five years? 10 years? A generation it will take in racing terms.

"Our view is we don't want to wait a generation, but we welcome that generation of women racers coming through. This is providing a solution right now, and the timing is absolutely right."

Asked if he believed a woman could be successful in F1, he said: "Yes. I just don't know at what level.

"The current baseline is Lewis [Hamilton]. Can they be as good as Lewis? I don't know.

"But I do know there are a lot of men who are not as good as Lewis. If we don't create a platform that may give an opportunity to accelerate that access, then nothing is going to change."