The prestigious, end-of-season gala will again be held in London, and broadcast live from 22:00 UK time.

Rosberg and Hamilton did battle during the 2016 F1 season, winning 19 of the 21 races between them, with Rosberg sealing his maiden world championship in Abu Dhabi last Sunday. 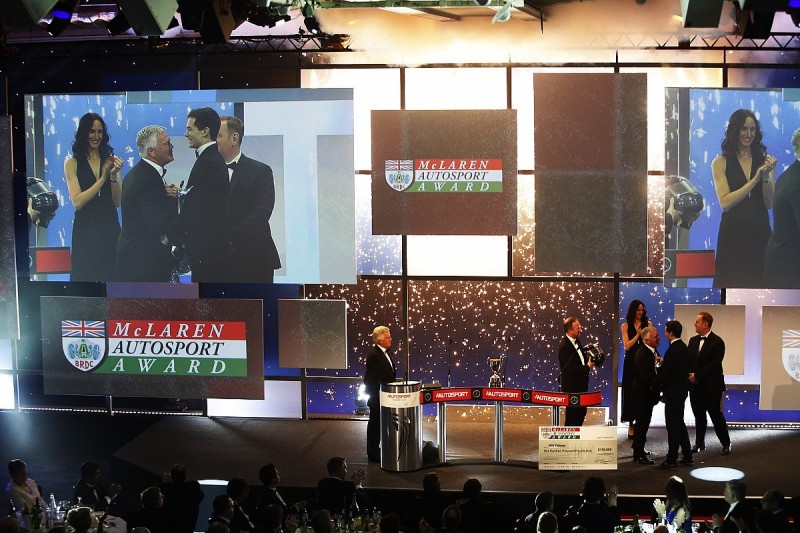 The event will conclude with the announcement of the 2016 McLaren Autosport BRDC Award winner.

The Award has been won by the likes of Button, David Coulthard, Dario Franchitti, Paul di Resta, Jarvis and Gary Paffett since 1989.

Other highlights include naming new recipients of Gregor Grant, John Bolster and Pioneering and Innovation Awards, and crowning the second Autosport Williams Engineer of the Future Award winner.

International Rally Driver and Rally Car of the Year accolades will also be handed out, along with the maiden Rider of the Year prize - open to riders competing on the MotoGP bill - and National Driver and British Club Driver of the Year honours.