Rosberg sealed his maiden title last weekend in Abu Dhabi, and then stunned motorsport by retiring effective immediately on Friday.

While Rosberg was shaded by Mercedes team-mate Lewis Hamilton during the first two years of the turbo-hybrid era, he rose to another level during what will go down as his last in F1.

Rosberg started the season with four consecutive victories, and added five more during the campaign to finish with a career-best nine.

The German also claimed eight pole positions, and only trailed Hamilton in the championship after four of the 21 grands prix.

He ultimately secured the championship by withstanding immense pressure at the Yas Marina circuit as Hamilton sought to back him up to the following pack, and his drive included a key overtaking move on Max Verstappen.

The presentation was made by 1996 world champion Damon Hill, whose father also won F1's biggest prize.

"First of all I need to say I came here for the first time 15 years ago," said Rosberg.

"This is the most prestigious night of the year. When I walked down the stairs in front of everyone it was amazing - I definitely don't take this for granted. 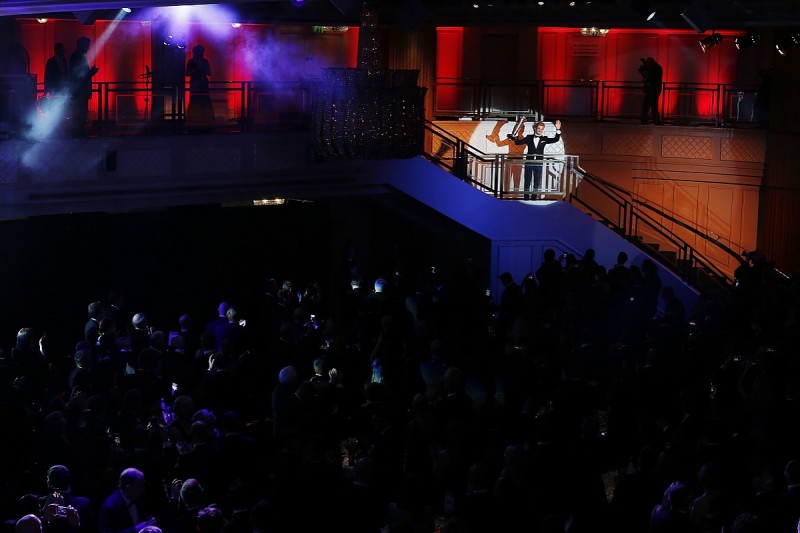 He reiterated that his retirement decision had been brewing since the Japanese GP.

"It feels great to go out on top. It's been an unbelievable 11 years in F1 and it was definitely my best year," Rosberg continued.

"After Abu Dhabi the thought [of retiring] was still there and I said if I do it, I'll stop.

"I didn't think I'd have the courage to do it, to be honest."