The second season of the DiRT Rally 2.0 World Series will feature a $20,000 prize pool as well as a test in an electric rallycross car for the RX champion.

The championship, which uses Codemasters' simulation-focussed rallying title DiRT Rally 2.0 and runs in partnership with Motorsport Games, has doubled the prize fund for its second year.

Joona Pankkonen and Killian Dall'olmo were crowned the inaugural champions of the rally and rallycross competitions in a showpiece finale at the Autosport International Show in January earlier this year.

The 2021 edition of the show will also play host to the 12-driver finale of the latest series on 16 January next year.

A test drive in the QEV electric rallycross car, which will be used in the new World Rallycross Championship supporting-eRX2 Championship, awaits the champion of the rallycross discipline as well as their share of the increased prize pool.

In-game qualification for the finale will begin next Tuesday on 25 August on Xbox One, PlayStation 4 and Steam.

There will be three qualifying events for both rally and rallycross, using a wide variety of virtual machinery across a number of different locations such as World RX favourites Holjes and Hell and stages from the Australian, New Zealand and Spanish rallies. 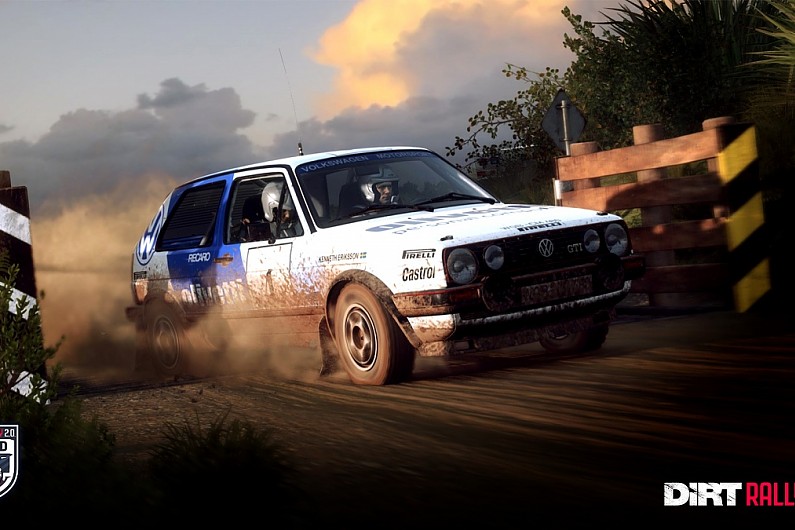 Any gamer who attempts to qualify will automatically unlock the Ford Fiesta R5 MKII in-game, which is based on the car that took Aleksey Lukyanuk to the 2018 European Rally Championship title and is run by M-Sport in WRC2.

"The DiRT Rally 2.0 World Series surpassed our expectations," DiRT Rally 2.0 game director Ross Gowing said. "We knew there was an appetite, but we didn't expect the vast level of participation and engagement.

"Now we get to do it all over again with a bigger event and even more prize money. We are also delighted to reward players with the in-game Ford Fiesta R5 and hope this is an added incentive for players of all levels to get involved."

Following the postponement of all real-world motorsport, Codemasters and Motorsport Games launched a four-round World RX Esports Series earlier in the year.

2019 World RX champion Timmy Hansen took the title while the aforementioned Dall'olmo was victorious in the sim racing class.

All of the qualification finals along with the semi-final and showpiece finale of the DiRT Rally 2.0 World Series will be streamed on Motorsport.tv.

For more information about the DiRT World Series visit: https://dirtrally2.dirtgame.com/esports